World Health Assembly: Pakistan presented as a model to countries

World Health Assembly: Pakistan presented as a model to countries 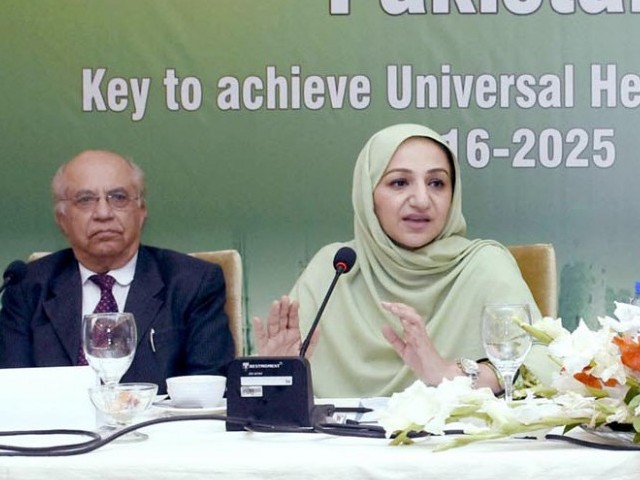 ISLAMABAD: Pakistan was presented on Saturday as a model to countries attending the World Health Assembly as it became the first nation to conduct joint external evaluation of core capacities to respond to disease outbreaks and the level of preparedness to deal with pandemics.

The recognition came at a special session on International Health Regulations at the World Health Assembly in Geneva. Delegates of 59 countries attended the session which was chaired by Finland and Australia.

Federal Minister for National Health Services Saira Afzal Tarar told the delegations that Pakistan was ready to share its experiences with any country desirous of strengthening their core capacities as part of the global health security agenda.

The minister, who is leading the Pakistani delegation, added, “Transparency has been the hallmark of health reforms in the country which has been recognised at this prestigious global forum.”

Pakistan had initiated the exercise in early 2016 across the country with a team of international public health experts and completed it late last year. Eight different core capacities were evaluated in the year long process. Pakistan’ Director General Health Dr Assad Hafeez presented the process to the delegates.

Meanwhile, Tarar told the WHO’s health minister for the Eastern Mediterranean region, that unprecedented progress has been made in stopping transmission of the polio virus, with the lowest ever case count of 20 on 2016 and two so far this year.

She said Pakistan was carrying out the surveillance for polio aggressively and has established 53 environmental sampling sites which is the largest surveillance network in the world.

The minister, while expressing her resolve, said, “Our Prime Minister is leading the effort and there is the strongest of political commitment to the cause. These are our children and we will leave no stone unturned to protect them from this crippling disease”.

The minister also spoke about the sustainable development goals and progress made by Pakistan in developing the 5 year coasted National Action Plan as part of Global Health Security Agenda and International Health Regulations.

Pakistan’s track record of dealing effectively with manmade and natural disasters was also shared by the minister.