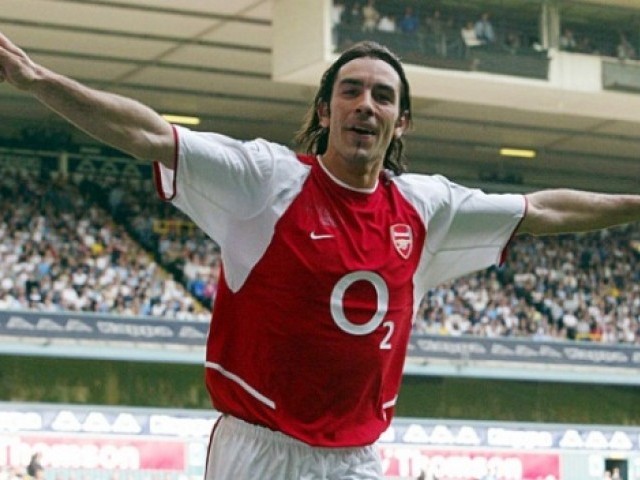 Robert Pires will be coming to Pakistan in July and join Brazilian legend Ronaldinho Gaucho in a Leisure Leagues event. PHOTO COURTESY: Arsenal

KARACHI: French footballer and former Arsenal winger Robert Pires will be coming to Pakistan in July and joining Brazilian legend Ronaldinho Gaucho in a Leisure Leagues event that will take place that month.

In a video snippet, Pires confirmed that he was excited for the event.

Thank you #RobertPires for accepting our invitation and joining #RonaldinhoAndFriends this summer.

Pires played for French clubs Metz and Marseille prior to his time with Arsenal, where he won three FA Cups and two Premier League titles including the club’s unbeaten season of 2003–04.

A former France international, Pirès earned 79 caps between 1996 and 2004 for his country, including winning both the 1998 FIFA World Cup and UEFA Euro 2000.

He was also voted by Arsenal fans as the 6th greatest player in the club’s history.

Pires played the majority of his career as a left winger, but could also play all across the midfield or in a position to support the forward line. He is currently coaching at Arsenal.

The event is being promoted as ‘Ronaldinho and Friends’.