Will supply 49.5MW of electr­icity to nation­al grid for 20 years
By Our Correspondent
Published: May 20, 2017
Tweet Email 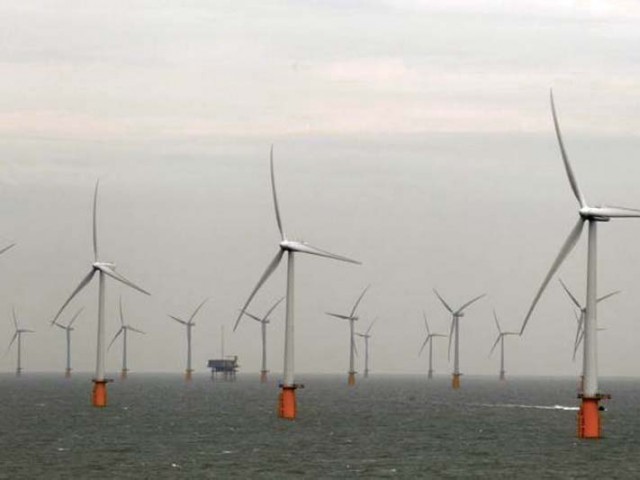 Sachal Energy is a wholly owned subsidiary of Arif Habib Corporation Limited, one of the largest private sector conglomerates in Pakistan.

It has received formal notification from the Central Power Purchasing Agency (Guarantee) Limited, according to a press release issued on Friday.

Sachal Energy’s wind power project is the first Pakistani-owned Early Harvest Project of the China-Pakistan Economic Corridor (CPEC), which has been developed over 680 acres of land in the Jhimpir wind corridor in Sindh.

The company is committed to supplying electricity to the national grid through the National Transmission and Despatch Company for 20 years under an energy purchase agreement.

The project comprises 33 wind turbine generators manufactured by Goldwind of China whereas Hydrochina is the engineering, procurement and construction (EPC) as well as operation and maintenance (O&M) contractor of the project.

It is the first project that has received Sinosure-backed financing and has been 100% financed by the Industrial and Commercial Bank of China.

Under CPEC, Pakistan and China have signed $57 billion worth of energy and infrastructure projects. Bulk of the investment is going to the energy projects, including renewable and clean energy, to bridge the shortfall that has plagued Pakistan’s economy for years.