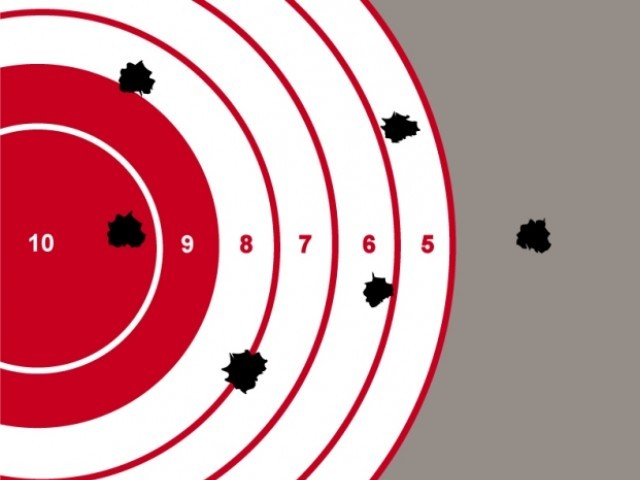 At least 109 people were killed as a result of target killing in the first quarter of 2011, according to conservative estimates by the Karachi police.

The Human Rights Commission of Pakistan (HRCP), however, claims that as many as 260 people have been killed in Karachi so far in 2011, which is very close to the 267 people who were killed during the entire year 2008.

The phenomenon of target killing in Karachi has continued to rise since 2008 despite repeated assurances by the government over the years that measures are being taken to counter the menace.

According to a capital city police inspector who compiles figures, the discrepancy between the HRCP and police data is due to the fact that the law enforcement agencies (LEAs) rely on FIRs and case details provided by investigation officers.

“Murders of persons who held a party ticket or were party sympathisers are categorized as target killings,” he said.

HRCP programme officer Tarranam Khan who tabulates data each month relies solely on multiple media reports. While data maintained by NGOs may inadvertently label other murders as target killings, the police inspector says it is true that the police might not describe a murder as target killing even when bodies with gunshot wounds are recovered from the city in a wave of ongoing violence, if it cannot be established for a fact.

According to former inspector general Sindh Afzal Shigri targeted murders depict a complete collapse of the system in which the government, the police and the judiciary are out of sync with each other. He criticised the government for making statements instead of empowering law enforcement agencies.

“What can a police or Rangers official do if a suspected murderer has to be released due to political pressure?” Shigri said Karachi has to deal with crime and mafias like other megacities. The job of the police is to contain these groups, if not completely eradicate them. “But LEAs cannot do anything if underworld groups are allowed to become more powerful than police and Rangers.”

Pakistan Institute for Peace Studies Director Amir Rana claims there is increasing evidence that organised criminal gangs are closely coordinating with terror groups. He said target killings should not be just seen through the prism of political point scoring, even though it is a fact that almost all mainstream political parties in Karachi have been accused of having armed militias, who are fighting a turf war. “We need to study how the underworld groups affiliated with political parties collide or collaborate with extremist groups,” he said.