WeChat says there are about 200,000 third-party develo­pers for the WeChat platfo­rm
By Reuters
Published: May 19, 2017
Tweet Email 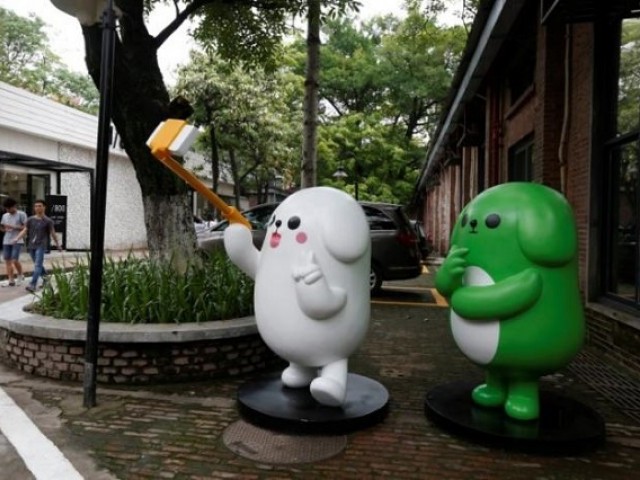 WeChat mascots are displayed inside TIT Creativity Industry Zone where Tencent office is located in Guangzhou, China May 9, 2017. Picture taken May 9, 2017. PHOTO: REUTERS

In a cluster of refurbished Mao-era industrial buildings in Guangzhou, developers at China’s top messaging app, WeChat, are redesigning key parts of its product to spread its tentacles to just about every aspect of Chinese life.

Around 1,500 developers, mainly twentysomething males, have been tasked with increasing user engagement through new ‘mini-programs’ on WeChat that look and operate much like apps on Apple Inc’s iOS and Google’s Android operating systems – but are far less data-intensive.

WeChat, owned by Tencent Holdings, says it’s not a direct challenge to the dominant mobile platforms, but some analysts and developers say the new business could eat into that of iOS and Android app ecosystems.

“In the long-term, the relationship between Tencent and Apple’s ecosystems will be co-existence and ‘co-opetition’ – intense competition in some areas and time periods, coupled with some form of cooperation in others,” said Su Ning, professor of Information Systems at Ivey Business School in Canada. 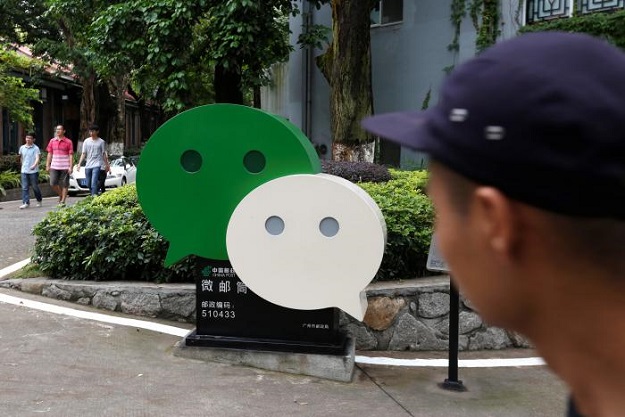 With more than 938 million users, WeChat, known as Weixin in China, already serves as a one-stop-shop for everything from reading news and booking taxis to ordering takeaways and making payments. Half the users spend more than 90 minutes a day on its chat app, according to WeChat.

WeChat’s push on these nimble mini-apps comes as Google this week launched its own Android Instant Apps, which don’t require downloading and are available on certain Android devices, though access to Google products in China is heavily restricted.

WeChat says there are about 200,000 third-party developers for the WeChat platform.

“A very strong trend in China is that demand for iOS and Android apps is waning, while that for program developing based on WeChat is rising,” said Leon Du, co-founder of Guangzhou-based Beansmile, a digital consultancy that develops apps and websites.

Helped by WeChat-based advertising and payment-related services, Tencent this week reported its highest profit growth in three years for the first quarter.

While Tencent doesn’t release data on the number of mini-programs available, Dong Xu, a manager at market data firm Analysys, says her interviews with businesses suggest the adoption rate has so far been modest.

Third-party developers say the mini-programs, built in WeChat’s proprietary programming language, are less data-heavy and easier to develop than their iOS or Android counterparts.

Users, for example, can tap a program on a restaurant’s official WeChat account to order food, have it delivered to their table and pay for it, all in one app.

Central to its plans for an expansive and dynamic app ecosystem is the development of WeChat’s own payment infrastructure.

Around 300 developers work for WeChat Pay, which competes with Alipay, run by Alibaba affiliate Ant Financial, and to a lesser extent, Apple Pay, which launched in China last year.

For Apple, which wants to deepen its reach in China, the world’s biggest mobile spender, WeChat’s large and loyal fan base and its payment service present a challenge.

Last month, some Chinese WeChat fans threatened to ditch Apple products after the US firm forced the chat app to abolish a popular tipping function.

While building user loyalty is a core part of both Apple’s and WeChat’s strategies, Zhang Ying, general manager of WeChat Pay, has downplayed product tensions from the tipping spat.

“Apple is still supportive of the [WeChat] ecosystem. We are part of the [Apple] ecosystem,” he told a forum in Hong Kong last month.

“It is far from a ‘choose-one-or-another’ – it’s merely some disagreement.”