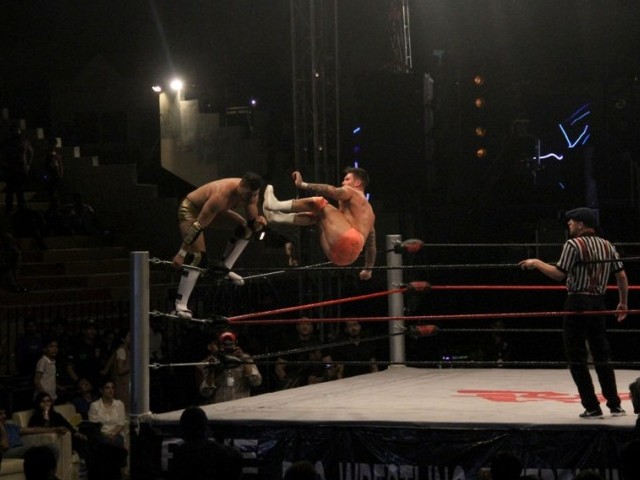 KARACHI: When World Wrestling Federation (now WWE) aired Stone Cold’s “Austin 3:16” promo in the 1990s, it proved an instant hit in the world of professional wrestling and is still fondly remembered by wrestling aficionados.

When The Undertaker retired Shawn Michaels at WrestleMania 26, it again made for an iconic moment, something that hasn’t been topped since.

While those memorable events were staged thousands of miles away in a foreign land, one particular piece of wrestling history took place right here in our city of Karachi, thanks to Pro Wrestling Entertainment (PWE).

From here on, May 17 will be remembered as the night when professional wrestling set foot in Pakistan.

Generations of Pakistanis have grown up watching wrestling on their television screens and wishing they could witness such spectacles live in their cities. That decades-old dream has finally come true.

PWE’s first event in Karachi was held at KMC Sports Complex with a dozen international stars performing live for the local audience.

Pro-wrestling can give cricket competition in Pakistan: Badshah Pehlwan Khan

I, being a huge wrestling fanatic, arrived at the venue hours in advance when the ring was still being set up. This is when I realised: “This is it! It’s finally happening. Pro wrestling has come to Pakistan.”

The euphoria was so strong that I couldn’t help but watch the lights, metal rails, ropes and other everyday simplicities with my mouth agape. 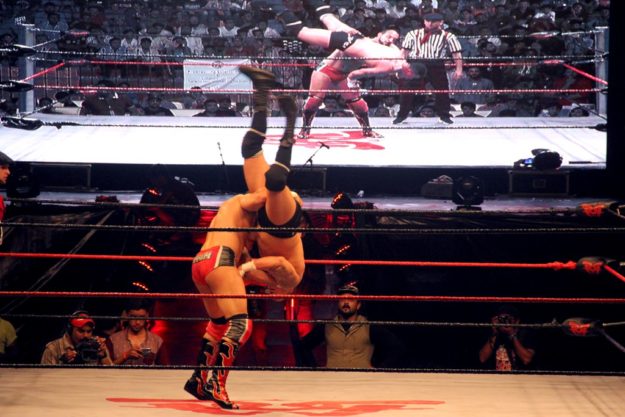 Unsurprisingly, Barrett, Carlito and Khan drew the biggest cheers from the awestruck crowd.

The two former WWE stars had the crowd in the palm of their hands. The charged-up Karachi crowd, in reciprocation, gave the stars from foreign shores an unforgettable welcome, which was evident by the smile on Barrett’s face.

Ex-WWE stars among 25 wrestlers coming to Pakistan this May

In all, seven matches were held among different competitors, but more than the happenings of inside the ring what transpired outside was more interesting. The crowd screamed their lungs out and at times it seemed that the proverbial roof might come off. 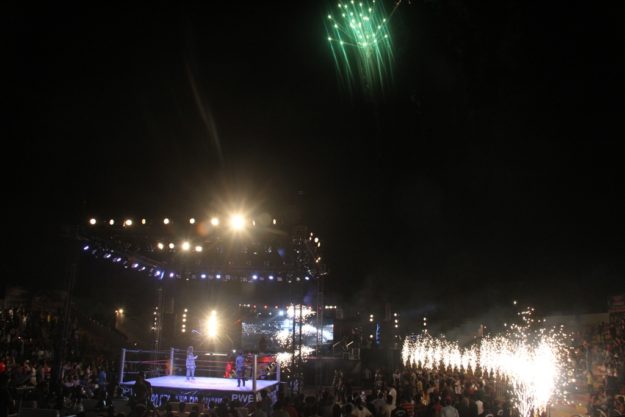 “This is awesome, we want wrestling,” some chanted in approval, while others showed their gratitude, yelling “Thank You Badshah” and “Thank You Barrett.” Those whose throats had run dry trying to get their voices through to the wrestlers, resorted to singing and dancing along theme songs.

In the main event, Khan and Carlito faced off, with Barrett acting as the special guest referee. As the match neared its climax, Carlito drew his famous prop — an apple — took a bite and attempted to spit it in Khan’s face.

Having anticipated the disgusting chewed-up fruit attack, Khan got out of the way just at the right time, leaving the unfortunate Barrett and his face exposed.

An understandably irked Barrett, in retaliation, hit Carlito with his finisher Bull Hammer, allowing Khan to capitalise and win the match. With that, it became clear as to who will be PWE’s main asset as well as the primary contender to become Pakistan’s first-ever World Heavyweight Champion. 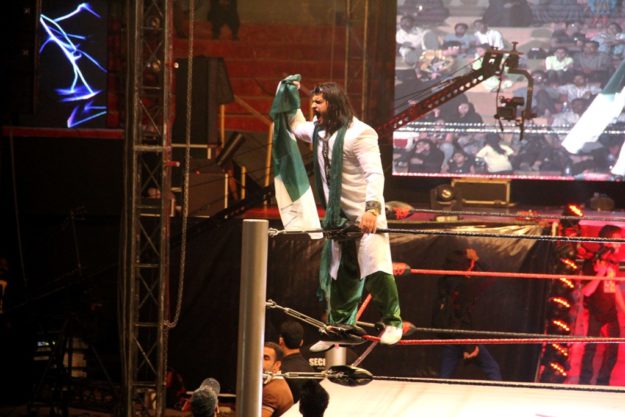 PWE debut in Karachi did have some minor issues, with sound and ropes being the main areas that need improvement. However, it’s nothing that can’t be resolved before the crew does it all over again on May 19 in Lahore and May 21 in Islamabad.

Pakistan all set to hold first ever pro-wrestling event today

After all, the night in Karachi had all the basic ingredients such as passion, entertainment, athletic manoeuvres and above all, quality wrestling. And no matter what ‘Bad News’ Barrett’s name might imply, PWE was nothing but good news.