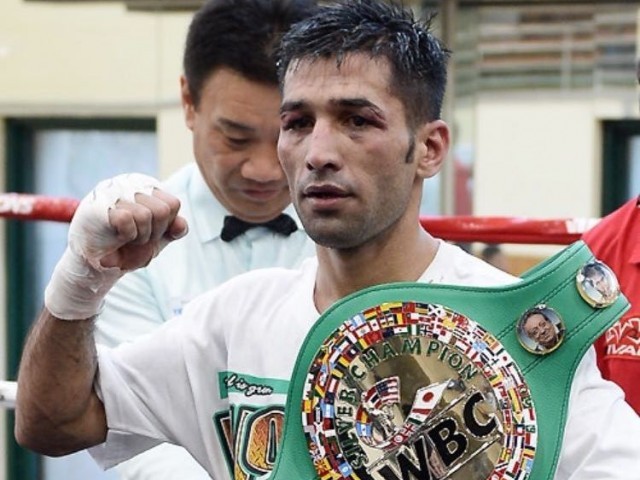 KARACHI: The World Boxing Council (WBC) Silver Flyweight Champion Muhammad Waseem is expected to fight in the final world title eliminator bout in September after receiving funds which was promised by the Government of Pakistan.

Waseem’s Korean manager and promoter Andy Kim confirmed The Express Tribune that the 29-year-old received Rs30m after a long delay, which open the gates for him to prepare for the next event.

“It was frustrating for me and Waseem for having such a long period of inactivity,” said Kim. “It is not good for his career and ranking and he would have eventually lost his WBC silver title if it had continued that way.

“But I appreciate the Pakistan government for releasing the funds finally. I also understand that the government and the official work takes time, it gets delayed because the matter has to go from the level below to higher ups; however, the money is enough for this bout.

“I’ve mapped out the course and Waseem will most likely be going for the world title eliminator bout in September, but before that we need to work harder.”

Kim also reveals his plans for the Quetta-born boxer ahead of the big event, which includes training with the former US boxer Jeff Mayweather and fight against two local boxers in Columbia.

“I have no doubt that Waseem can win the fights and can also win the world title,” he said. “But it’s been a long time since he last fought and he will need to train big.

“I am looking at the local partner in Columbia and Jeff also has friends there, so these fights will be to get Waseem back on his feet before the big fight.”

Meanwhile, back home, Waseem is back in the gym training with his local coach to get back in shape.

“The fight [in Columbia] is most likely to be on July 9, but I’ll be there and I’m not taking these fights lightly either,” said Waseem.  “But before going there, I have to start working on my form, and I’m going to be doing it in Quetta.”

Waseem turned pro in 2015 and became the Silver Flyweight champion in just his fourth fight. He has an impressive record of having three knockouts in his five bouts so far, and he is undefeated in his short but impeccable career.