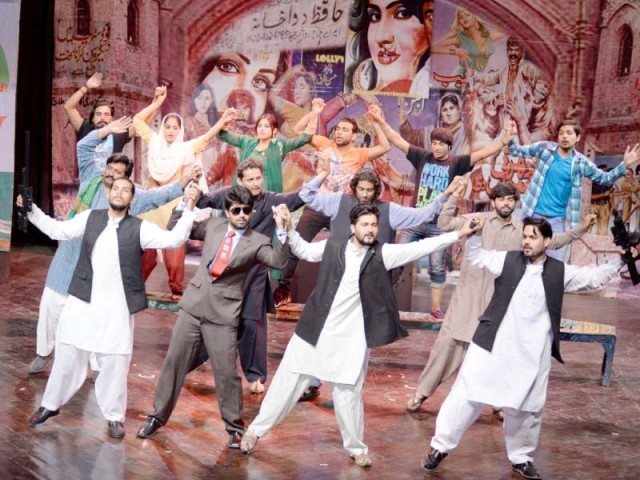 Ajoka started its journey in May 1984 during General Ziaul Haq’s military rule with a small group of cultural activists gathering at a house. It has been part of the struggle for a secular, democratic and enlightened Pakistan for the last 33 years and has now become an internationally acclaimed theatre group.

Ajoka Creative Director Madeeha Gohar, in her inaugural speech, urged the government to support the performing arts groups so that people can have meaningful entertainment and learn the values of tolerance and enlightenment. “It is necessary to engage youth in constructive activities so that their minds are not poisoned by extremists,” she added.

Ajoka Executive Director Shahid Nadeem, who is writer of both the plays, said Ajoka’s uninterrupted and undiluted message of socially meaningful entertainment is a great achievement for which their team and its patrons could take pride. “Ajoka is committed to project the message of peace, tolerance and religious harmony through socially relevant and meaningful theatre,” he said.

Written by Shahid Nadeem, Bala King is a Punjabi adaptation of Bertlot Brecht’s 1941 play The Resistible Rise of Arturo Ui.

In Bala King, the story traces the rise of a petty Lahori gang criminal to political prominence. Ui is replaced by Bala king, an unemployed pehalwan gang leader, who decides to leave the Taxali Gate Adda and tries his luck in Badami Bagh – the world of inner city road transport.

Badami bagh is ruled by self-righteous businessmen ready to trade all principles for gains and lucrative contracts.