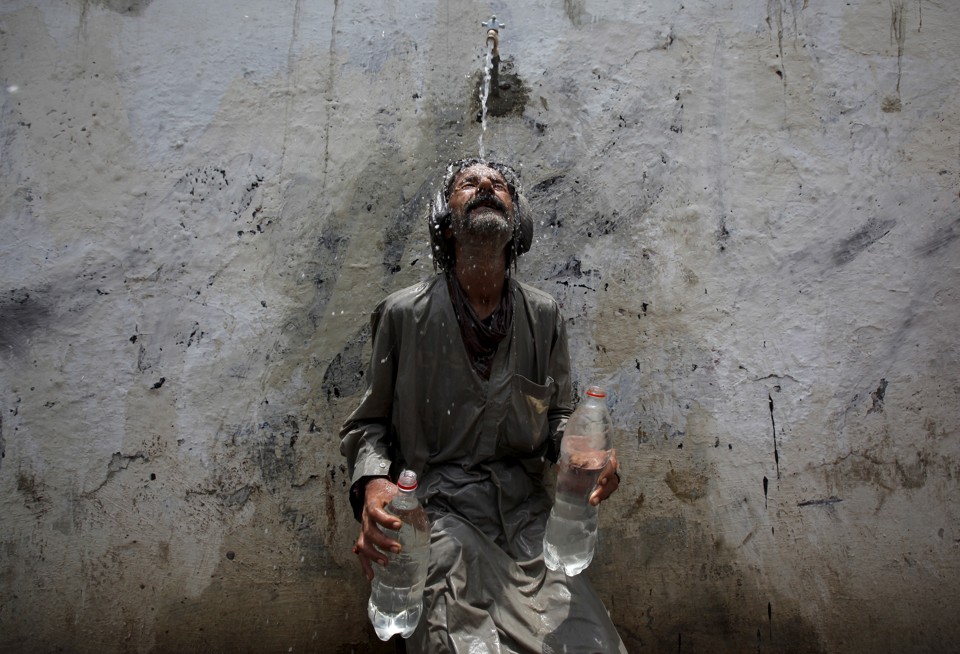 Met official predicted that the weather would remain hot throughout the fasting month of Ramazan. PHOTO: REUTERS

ISLAMABAD: Predicting that there would be ‘no good’ showers in the current and the coming month, the Met office has advised that water in the two major reservoirs of the country should be used frugally.

“This month and in June, we are not expecting long spells of good showers that could help increase water level in the two major water reservoirs,” Pakistan Meteorological Department [PMD] Director General Ghulam Rasul said while talking to The Express Tribune.

“Few spells of rain are also expected across the country this month but they will be scattered and of low intensity,” he said. “However, water from melting glaciers will continue coming into the reservoirs from the northern areas.”

Rasul said the amount of water available in these reservoirs – if used wisely – would be enough to cater to the current cotton and sugarcane crops, needing frequent irrigation to combat heat stress.

“However, considering the current situation, the department concerned should wisely and properly utilise water available in the reservoirs to fulfill the need,” he said.

The Met official predicted that the weather would remain hot throughout the fasting month of Ramazan. “However after every five to six days, there will be rainfall which will help bring down mercury for a day or two,” he added.

He said during Ramazan, majority of the rain spells would be received by the upper parts of the country, but their impact would be witnessed in the entire country.

He ruled out any chances of a heat wave in Karachi, but said the temperature in areas like central Sindh, southern Punjab and Khyber-Pakhtunkwa would remain high. “People of these areas should take precautionary measures while going out during peak hours,” he said.