If wanting equal rights makes me a feminist, then I’m a proud one!: Sohai Ali Abro

If wanting equal rights makes me a feminist, then I’m a proud one!: Sohai Ali Abro

The 'Tanhaa­i' star opens up on her childh­ood, career and how her upcomi­ng film is in line with her femini­st spirit­
By Ahmed Sarym
Published: May 14, 2017
Tweet Email 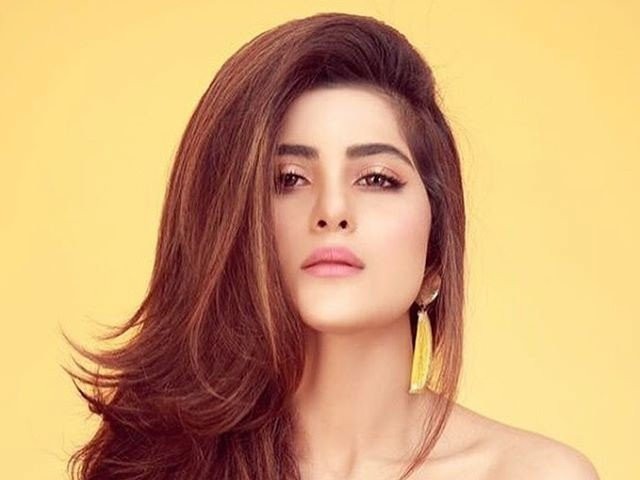 ISLAMABAD .: Sohai Ali Abro, undoubtedly, exudes confidence, determination and mild narcissism that surprisingly comes across as rather forthcoming. From acclaimed theatrical performances, to television chartbusters like Tanhai, Pyaaray Afzal and Tumhari Natasha, the starlet swiftly made her leap into the local cinema scene with Pakistan’s two most highest grossing films –Yasir Nawaz’s Wrong No and the all-star Jawani Phir Nahi Ani, helmed by Nadeem Baig.

After owning 2015 in the truest of sense, the young gun had been on an unannounced hiatus for nearly two years, until a recent press release read her return to cinemas with Shah director Adnan Sarwar’s second instalment of the ‘Heroes Trilogy,’ Motorcycle Girl. The Express Tribune finally persuaded Abro talk about her much-awaited comeback.

“The fame wasn’t really instant since I had been working for a couple of years before my film debut. I don’t feel that fame has changed me as a person. It just gave me the determination to perform better and become the best version of myself,” she says, as we begin our conversation with her fleeting rise to stardom.

“I had a difficult childhood with my parents passing away when I was 9. I have seen really tough times and I’m very grateful for everything, because it made me this tough woman that I am today. I am a warrior! I came into this industry completely on my own,” she continued.

“I faced my fair share of struggles and didn’t have many people around to guide me through the journey. I might not be as talented as a lot of others but I am a hard worker. With all this in mind, it is really important for me to stay grounded because life and experiences have taught me that. Nothing is constant in this world, especially fame,” she added.

But does Abro believe her break might have affected her fan following? “I don’t believe in overexposure and have never enjoyed unnecessary publicity. I believe in quality rather than quantity when it comes to my projects, appearances and work in general,” she replies.

Irrfan Khan is all praises for Saba Qamar and we’re so proud!

Motorcycle Girl is being touted as the first woman-centric film to come out of local cinema, giving Abro an opportunity to lead the film on her own. But it does lack in terms of budget and production, if one compares it to the actor’s previous, more commercially-viable outings.

“I was speechless when I saw Shah. I feel that Adnan is such a sensitive and intelligent filmmaker and truly believe in the kind of cinema he wants to create. I just knew I had to work with him someday, so when he called me for Motorcycle Girl, I agreed immediately,” Abro shares. “No matter what the budget is, I believe in this project. I also believe in Adnan’s vision, since he can see how important it is to portray empowered women in our society.”

In contrast, Motorcycle Girl offers the starlet what none of her prior endeavors have: substance. We will see her play the protagonist, something that she wasn’t able to do before. “The films I have done so far have been very different from the kind of film this is. Of course, what the audience sees on the screen are the characters I play as per the script,” Abro says. “My criteria for signing a film have always been the same. I have always looked for some kind of margin to perform in the roles that I am offered. I instantly said yes Motorcycle Girl because it allows me to explore myself as an artist.”

Motorcycle Girl is based on the story of the 20-year-old biker Zenith Irfan, who is said to be the first Pakistani woman to have made a solo journey across the northern areas. “The pressure is definitely there, but I’ve always wanted to play a strong female role. I think Zenith is a true hero and her story is beyond inspiring. It’s one that needs to be told,” Abro asserted. “It feels surreal since films like these don’t really get made in our country, and to get to portray the lead role in one is amazing! The preparation itself is something I’m really looking forward to. It’s going to be a personal journey for me and hopefully, a life changing experience.”

Cinema has evolved, as the acceptance for women-oriented films has increased. Actors like Jennifer Lawrence and Anushka Sharma propagate empowerment and make sure they portray women as independent, social equals through their characters. Contributing immensely to the feminist movement, I ask Abro if Irfan’s story would help take the case forward in Pakistan. “Of course, art does influence societies and can definitely encourage gender equality,” she says.

She continues, “The audiences are way more intelligent than they used to be and you can’t take them for a ride anymore. I feel intelligent cinema can definitely be commercially successful if executed properly and in the right manner,” she concludes after having given her answer a serious thought.

According to Abro, cinema is a reflection of society. “When it comes to feminism, I feel the word is deeply misunderstood in Pakistan. Feminism has absolutely nothing to do with man-hating, playing the victim or bashing the other sex. It’s about giving women a choice, liberation, freedom and equality. Feminism, by definition is the belief that both men and women should have equal rights and opportunities. I stand for that, if that makes me a feminist, then I am proud to say that I am one.”

Aiming for the sky, Abro is all set to give her peers a run for their money. She dances like there’s no tomorrow, has adapted the Stanislavsky school of thought quite well and is now all set to ride like the wind with Motorcycle Girl this summer.

Is ’13 Reasons Why’ glorifying suicide among teens?