Ex-CJ threatens to go to court over FATA reforms

Ex-CJ threatens to go to court over FATA reforms

He said reform­s introd­uced by PML-N govt for the war-torn region were a ploy to deceiv­e reside­nts of the tribal areas
By Our Correspondent
Published: May 14, 2017
Tweet Email 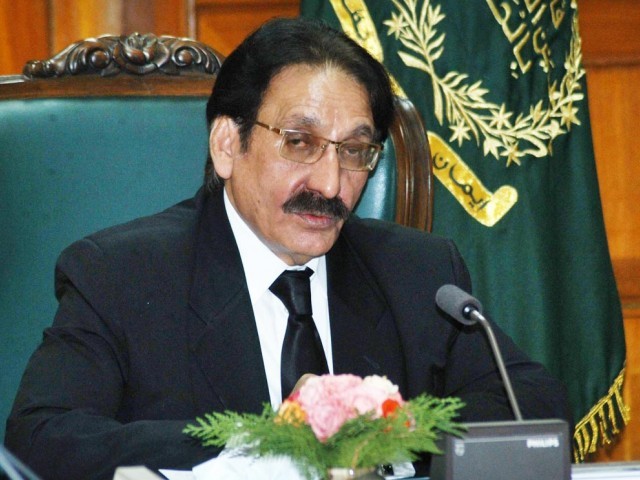 LANDI KOTAL: Terming the federal government as insincere in implementing reforms in the Fata, former chief justice of Pakistan Iftikhar Muhammad Chaudhry on Saturday threatened to go to court unless the government implements the promised reforms package immediately.

“If the ruling party [Pakistan Muslim League-Nawaz] is sincere in implementing the reforms, it should do so at once instead of giving a timeframe,” said Chaudhry, the chairman of the Justice and Democratic Party, while talking to tribal elders of the Sado Khel area of the Khyber Agency.

“If the centre delays extending the supreme and high courts jurisdictions to Fata, we will challenge the status in the Supreme Court next month,” he said adding that the reforms introduced by the PML-N government for the war-torn region were a ploy to deceive residents of the tribal areas. Despite that, Chaudhry backed the reforms package.

“We support the reforms process but it should be implemented at once and as a whole, there should not be a time-frame for the reforms,” demanded the former chief justice who was known for his judicial activism during his tenure.