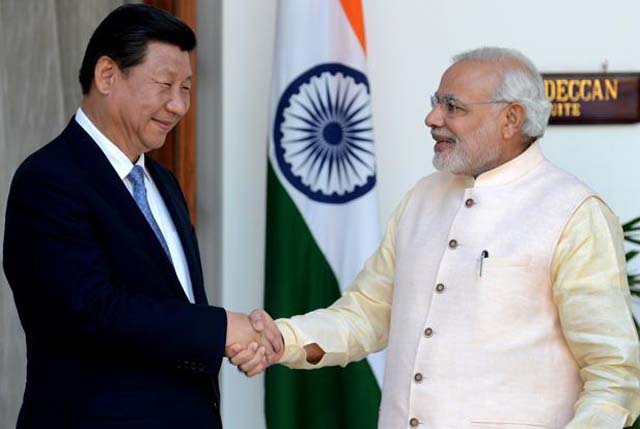 China has proffered six reasons why India should stop worrying over the territorial sovereignty issue as CPEC surpasses the ‘disputed ‘northern Kashmir and joins the One Belt, One Road initiative.

Liu Jinsong, minister and deputy chief of mission at the Embassy of China in India, participating in a conference on the OBOR initiative, pointed that the title and content of the agreement signed in 1963 between China and Pakistan on the boundary between China’s Xinjiang and contiguous areas, the defence of which is under the control of Pakistan, have fully accommodated India’s major concern.

Promotion of CPEC does not change Beijing’s position on Kashmir: China

He said article 6 of this agreement says the two parties ‘have agreed that after the settlement of the Kashmir dispute between Pakistan and India, the sovereign authority concerned will reopen negotiations with China, on the boundary as described in article 2 of the agreement, so as to sign a formal boundary treaty to replace the present agreement’

China has no intention, he added, to interfere in the territorial and sovereignty disputes between India and its neighbours. The OBOR initiative and CPEC is aimed at promoting economic cooperation and connectivity; it is not related with or affecting sovereignty disputes.

According to him, China’s position on the Kashmir issue has not changed either.

Secondly, transportation being the basis of CPEC and since such transportation could not detour through India and Afghanistan the connectivity between China and Pakistan would unavoidably have to pass through the Kashmir area on the Pakistan side.

Thirdly, the China-Pakistan Karakoram-Kunlun Road was built in the 1960s and put into use in the 1980s. Therefore, in his opinion, it’s no fresh news for India that China-Pakistan transportation connections and related cooperation surpass the Kashmir region.

Fourth, CPEC is an economic project focusing on development and prioritising energy and transportation infrastructure. It serves the common interests of regional countries to address both the symptoms and root causes of terrorism and extremism.

Fifth, CPEC is open, transparent, market-driven and international, in compliance with economic logic and legal procedures. It could extend to India in the future, and Bangladesh-China-India-Myanmar Economic Corridor could be connected with India’s North-South Transport Corridor.

Sixth, China and India may well cooperate on the OBOR-related areas and jointly build the “Asian Age”.

Referring to the Five Principles of Peaceful Coexistence, he pointed that ‘China respects the reasonable concerns and interests of the Indian side.’

Pointing that the OBOR focuses on development, aims for global multi-polarity and democracy by multilateralism, regionalism instead of alignment and sphere of influence, he said ‘this concept is in line with Indian diplomacy.’

Presenting his paper at the conference Dr Abid Q Suleri, of the Sustainable Development Policy Institute, also strongly argued the case for India joining CPEC. He said investments that China is making in India, Pakistan, for the reconstruction of Afghanistan, Iran and Central Asia will serve as a bridge.

“If one takes an optimistic view, China, as the common denominator in OBOR, can bring all of us to one table and start some dialogue even if all the parties have divergent opinions,” Dr Suleri remarked.

CPEC, he maintained, is to traverse some of the most lawless and insecure parts of the world and for India, there is the added complication that it goes through ‘Indian territory under Pakistani occupation’, and that by making a long-term investment on that basis, seems to solidify and legitimise that occupation.

“Indeed, this raises the larger issue that much of the planned OBOR infrastructure is in regions and countries where security is weak and politics unstable. Therefore, the risks to large-scale investment are considerable,” he warned.

He was not sure if investment alone will help to stabilise these areas.