Demand expect­ed to remain high with introd­uction of new models.
By Our Correspondent
Published: May 12, 2017
Tweet Email 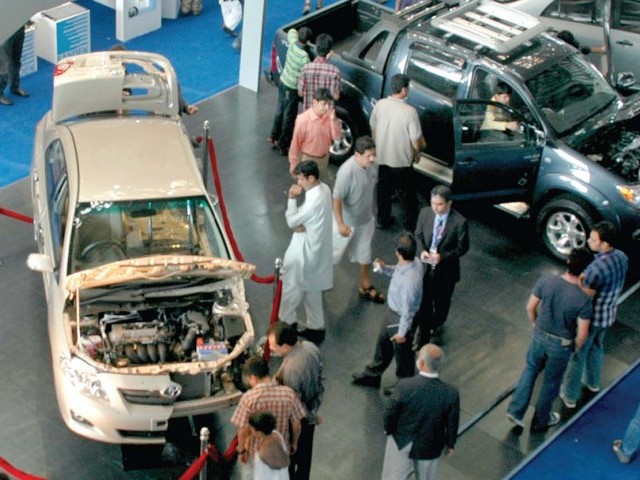 KARACHI: Local automobile sales, including light commercial vehicles (LCVs) and jeeps, in the first 10 months (Jul-Apr) of the current fiscal year totalled 176,937 units, up 14% compared to 154,949 units (excluding Punjab taxi scheme sales of 29,150 units) in the same period of previous year, according to data released by the Pakistan Automotive Manufacturers Association (Pama).

“Car sales remained robust and are expected to touch 270,000 units (including 60,000 imported cars) by the end of fiscal year in June 2017,” Topline Securities commented on Thursday.

Car sales for April 2017 (including LCVs and jeeps) came in line with expectations, the report added. 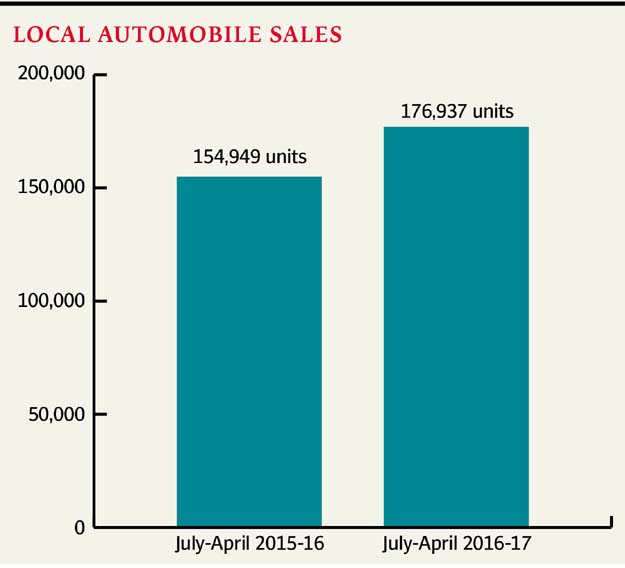 Sales of Cultus went down 13% year-on-year in April in the wake of phasing out of the older version as PSMC launched an all new Cultus late last month.

Analysts say the new Cultus base variant is available at a premium of Rs30,000 for immediate delivery.

Indus Motor recorded a contraction in its sales in the first 10 months of FY17 because of operational issues.

Toyota Fortuner’s sales surged 2.5 times year-on-year. The waiting period for the vehicle is more than six months – the highest among Indus product line-up – due to the launch of a new model.

Honda Car (HCAR) sales continued to depict a buoyant trend. Moreover, there was premium of Rs350,000 on the newly launched BRV for which order books had been filled until November 2017.

Auto show points to bright future ahead for sector

Truck sales of Pama member companies in Jul-Apr stood at 6,049 units, up 42% from 4,271 units in the same period of previous year.

Analysts say the increase in truck and bus sales would continue, driven by additional demand from projects of the China-Pakistan Economic Corridor (CPEC) and other infrastructure-related activities in the country.