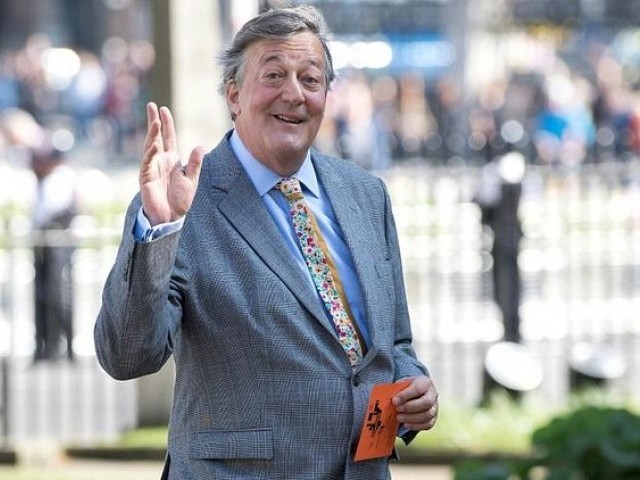 New Zealand plans to scrap the crime of blasphemy after calls from across the political spectrum for reform in response to an Irish investigation into British comic Stephen Fry. PHOTO: AFP

WELLINGTON: New Zealand plans to scrap the crime of blasphemy after calls from across the political spectrum for reform in response to an Irish investigation into British comic Stephen Fry.

David Seymour, leader of ACT, a minor opposition party, who has instigated the move, said lawmakers of all stripes wanted to end what they saw as an archaic curb on freedom of speech.

“New Zealanders cherish the fact that we have strong separation between church and state,” he told AFP on Wednesday. “So when people discovered that there was a law that meant you could spend a year in jail for offending someone of a religious persuasion there was widespread condemnation.”

False blasphemy accusers must be dealt with strictly: Imam-e-Kaaba

Seymour will notify parliament on Thursday that he intends to include blasphemy on a list of laws that are scheduled to be scrapped. He added that the government had agreed to the move and the repeal should be complete by the end of the month.

Seymour said the bid to repeal the law was prompted by an Irish police probe into whether Fry blasphemed in a 2015 television interview. While the investigation was reportedly dropped this week, it led to New Zealanders reviewing their laws and finding blasphemy was still on the statute books.

The news came as a surprise to many, including conservative Prime Minister Bill English. “It’s basically an accident of history… I can’t imagine a use for it,” English, a devout Catholic, told reporters this week. “I think laws that over-reach on addressing robust speech are not a good idea… frankly, I didn’t think we had it, I thought it had gone.”

Lawmakers from the majority of political parties, including opposition Labour leader Andrew Little, all voiced support for repealing the law. Blasphemy has been an offence since 1840, when New Zealand became a British colony, and was included in a revamp of the criminal code in 1961. But no one has ever been convicted of the crime.