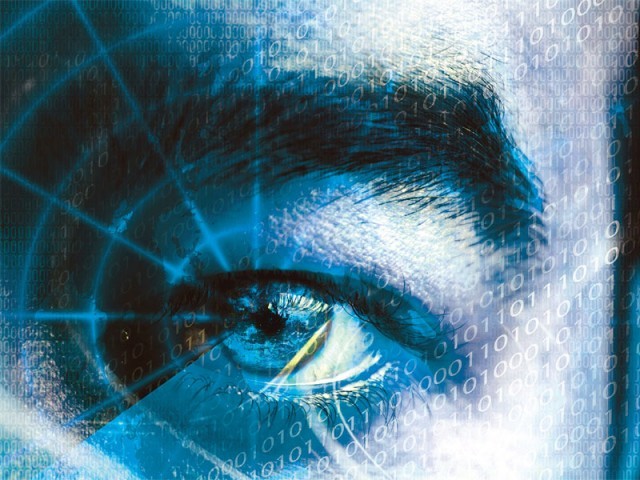 Advancement in Information and Communication Technology (ICT) has come with its own costs — prominent among them are the new forms that violence against women has assumed. According to the UN, 95% of aggressive behaviour, harassment, abusive language and degrading images in online spaces are aimed at women. It seems that women are even more susceptible in the virtual world than they are in the real one. But by and large they are not aware of the hazards they are exposed to when using technology, much less how to fight them.

Forms of violence range from online stalking which can turn to stalking in the real world, to email hacking. In many cases, offenders create fake Facebook profiles of their female targets with abusive and explicit content.

Mobile phone pestering is so routine, that I doubt there is a woman out there who hasn’t received a ‘friendship request’ from an unknown number, often with sexually explicit content. Rarer still is the woman who has not received obscene phone calls from the same man using multiple phone numbers. Trying to get these numbers blocked is all too often an exercise in futility, as the offender simply switches to another number. What is alarming is that cases have been reported where, when the woman has refused to comply with the demands of the caller, the harasser has blocked her SIM through his friends in telecom companies.

In September 2010, a young girl was not only gang-raped in Khipro, Sindh, but the rapists also made a video of her trauma and put it online. Within seconds, it was accessible to everyone through YouTube. While this may seem like a one-off incident, such cases are becoming more and more common.

Many desi ‘masala’ sites are filled with ‘MMS scandals’ and even amateur videos of women on the street are uploaded for lechers to gawk at.

The fact is that we tell the internet everything from where we live to who we meet, from where we go to what we do and when. This proves very handy for stalkers who use the information we post about ourselves online to track us. In a society where notions of shame and honour are of overriding concern, social activists who challenge these ideas often get harassed with serious threats via email and cell phone.

In fact, cyber bullying is now a common way of getting back at women for perceived insults in the real world. When a disagreement erupted between Sidra (not her real name) an employee at a pharmaceutical company and her male colleagues, they responded by photoshopping her into nude pictures and posting them on the company’s website. In another office dispute, Sara’s official email ID was hacked and adult content was sent from her official email to all the workers in the company.

Activists like Fariha Akhtar are working to curb violence against women through Information and Communication Technology. Akhtar is associated with a global campaign called “Take Back the Tech” whose aim is to make women worldwide aware of their rights and responsibilities on the web. A common response from women who have been bullied online is to withdraw from using technology. Fariha strongly advocates against such an approach, instead encouraging women to take ownership of technology and use it to speak out against abuse.

“I feel the risks associated with ICTs should by no means stop women from using the very same information technology constructively for personal and professional growth. We need to create awareness and be a little careful while sharing personal information online. In fact, we need to practice pretty much all those safety measures online that we take offline.”

In Pakistan, while regulations for electronic crimes exist, awareness about them is poor. The Monitoring and Reconciliation of International Telephony Traffic Regulations 2008, Electronic Transaction Ordinance 2002 and Prevention of Electronic Crimes Ordinance 2009 are the legal devices in place in Pakistan to fight cyber crimes. They talk about electronic fraud which, if proved, can result in an imprisonment of seven years and fine or both. Electronic forgery is another crime with the same punishment. The misuse of electronic systems or electronic devices, malicious code and misuse of encryption laws can result in a sentence of five years or a fine or both. Cyber stalking is considered the biggest crime of all and can entail imprisonment for up to ten years. These crimes are investigated by the relevant agencies, such as the FIA’s cyber crime wing.

Despite the growing problem, cybercrimes of this nature remain a low priority for law-enforcers in Pakistan. The best approach is to be aware of the dangers and protect your virtual life as you would protect your real one.

– Make use of privacy controls offered by websites and think before uploading any personal content. Remember, what you upload on the web will be there forever for the world to see.

– While uploading pictures, make use of the strictest privacy control available. In the absence of such restrictions, be aware that there are chances of your pictures being misused without your knowledge and permission.

– If you access the internet from public/shared computers, clear the browser history after you are done.

– Do not choose options to store passwords or sign in automatically when on public/shared computers.

– Avoid handing over your mobile phone number to shopkeepers for services such as easy load, to prevent them from reaching the wrong hands.

– When selling your computer or mobile phone, remove all personal content from it yourself.

– Sometimes, when transferring data for you, the shop-keeper keeps a copy of it which is likely to be misused later on.

– Be aware of photographs/videos being taken of you and avoid being shot in a compromising position, especially in public places.

– If you are in a relationship, avoid sending candid photos of yourself to your significant other. They may end up being misused.

– If your photo or video is being misused online, immediately contact National Response Center for Cyber Crimes.