Grooving to the beat: Global connectivity through dance

Grooving to the beat: Global connectivity through dance 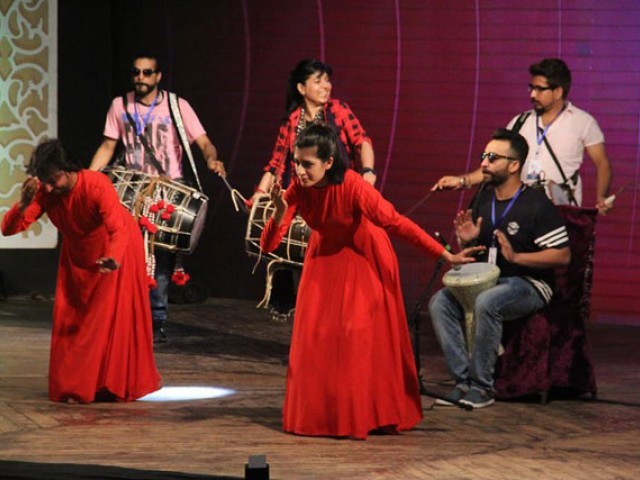 KARACHI: Arts Council took the initiative to organise the first-ever Karachi Dance Festival in an attempt to showcase the diversity of Pakistani culture and its rich roots in the performing art.

Friday night saw the opening of the festival with a panel discussion involving Sheema Kermani, Adnan Jahangir and Nighat Choudhary who discussed their journeys and struggles in becoming dancers. Arts Council president Muhammad Ahmed Shah addressed the audience, saying they organised the festival show that Pakistanis were also good people as anyone else.

“We are the same as someone from Nigeria or any other country. We can sing, dance and paint and we have our own rich culture.” He continued, “This country doesn’t belong to extremists. We believe in pluralism, not division of people on the basis of cast, creed, religion or anything. We have to show that we are also civilised people.” Syed Sardar Ali Shah, Minister Culture Tourism & Antiquities was also present on the occasion. 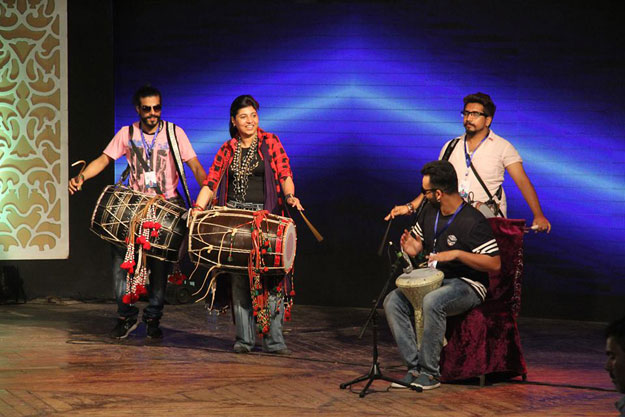 He spoke about the origins of dance dating back to thousands of years and the fact that it couldn’t be objected to as it has been a part of us from the beginning. The main performances were by 100 dancers from all across Pakistan. Out of the several performances in genres ranging from Kathak to folk and even Tillana, a few stood out.

Most notably, dancer Haider from Lahore stole the show with his mesmerising movements in Kathak dance. Amongst all the performers, if there was one who embodied the true spirit of the art form, it was him. Each movement and facial expression mattered in his performances and told a story, and one couldn’t take their eyes off of him. Arts Council’s very own DJ John Group performed a tribute to the legendary singer Noor Jehan.

The performance was a total contrast to all others on the show, with a very contemporary feel to it. The change in mood enlivened the crowd after a few regional dance performances, but it didn’t last long. Most of the group lost their energy mid-way and the choreography turned mediocre enough to not sustain the initial spark.

Gilgit Baltistan folk dance and Khattak dance performances also received cheers from the crowd. Further, the Fisherman’s Group performed a number which portrayed the celebration of fishermen as they catch fish. The act saw the group take the audience through the whole journey of catching fish to transferring it. It even had feel-good moments of fun during work. 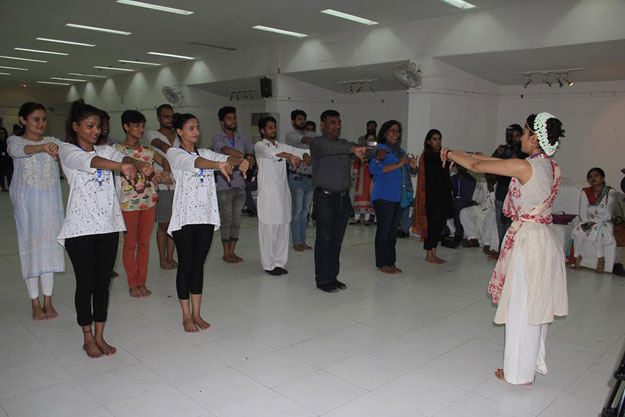 What the performance really did was create this beautifully simple narrative of fishermen and women’s lives which revolve around their work. However, in what was one of the surprising elements of the show, local musicians played a regional cover of the popular 1992 film The Last of the Mohicans’ soundtrack.

Listening to the main theme of the Michael Mann-directorial, originally composed by Scottish singer Dougie MacLean and by Trevor Jones for the film, was an unexpected treat. The version was played on rabab and the melancholic notes of the instrument matched that of MacLean’s violin. However, near the climax, the musicians couldn’t keep up and actually did mess up a few notes. It wasn’t by any means perfect, but it did cheer up a few fans of the Mohicans.

Sponsored: The secret behind Fahad Mustafa’s unbeatable confidence and success