'There are tons of actual Indian models to choose from yet you chose a Kardas­hian/Jenner'
By Rida Lodhi
Published: May 4, 2017
Tweet Email 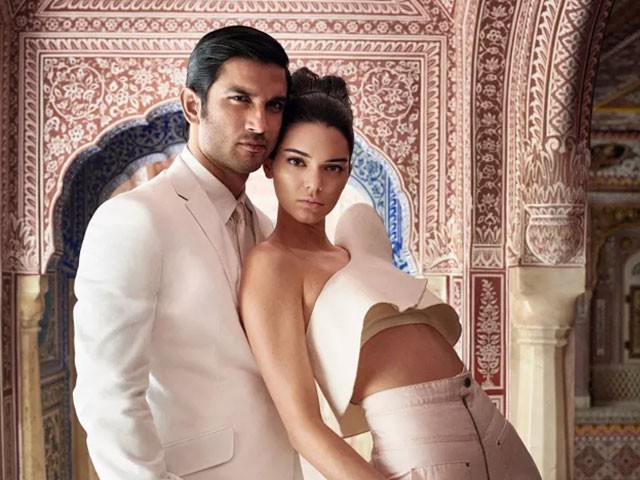 It was reported earlier that supermodel and a prominent member of the Kardashian-Jenner clan, Kendall Jenner was in India in February for a photoshoot for Vogue India’s 10th anniversary, Mario Testino edition.

Finally, the photoshoot is out and to be honest, it’s quite impressive!

Kendall looks her fierce-self in the photoshoot and Sushant shines with her.

Check it out here: 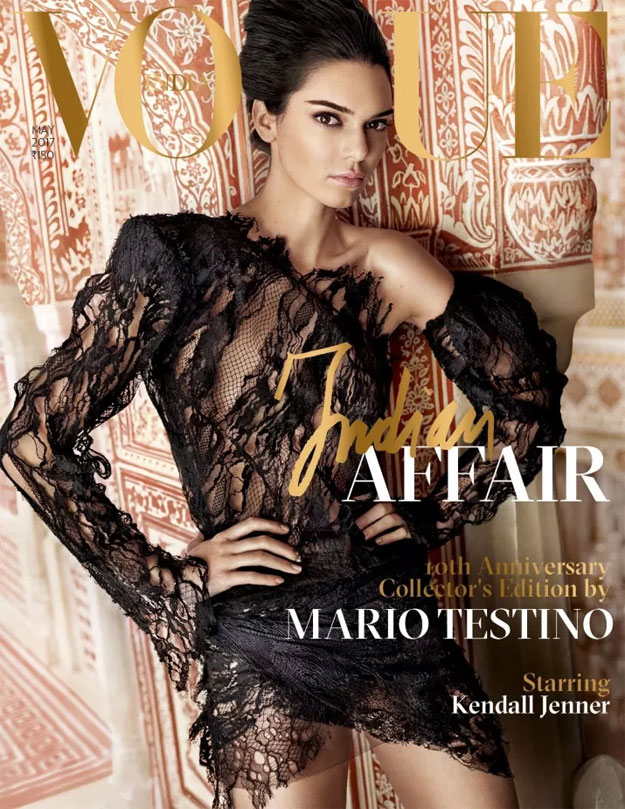 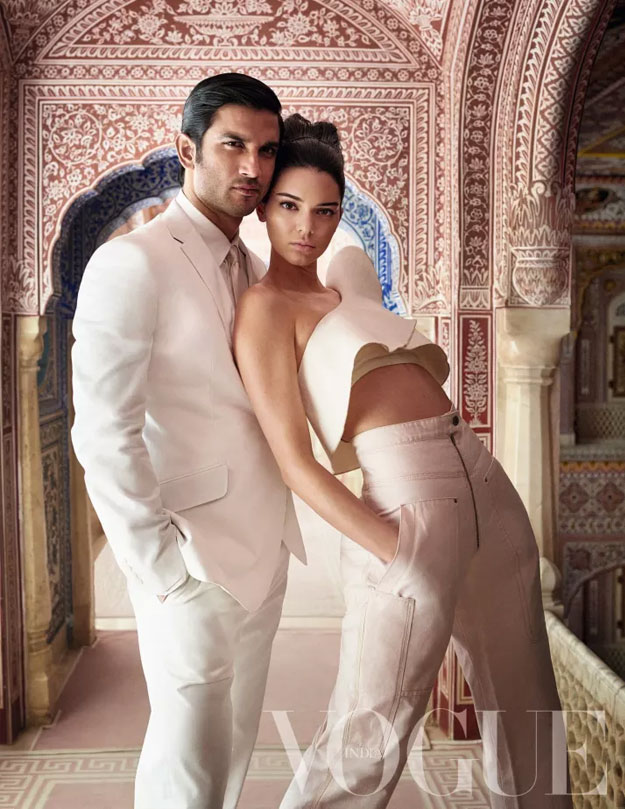 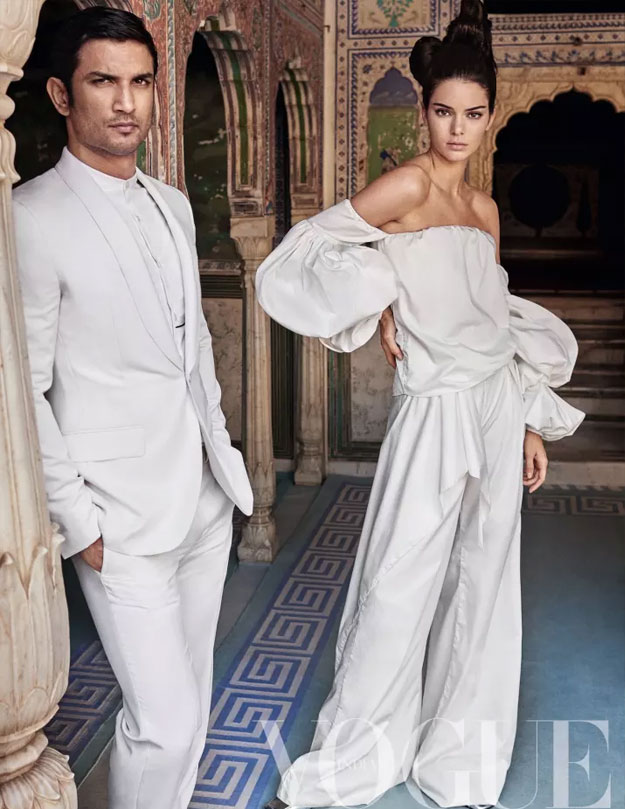 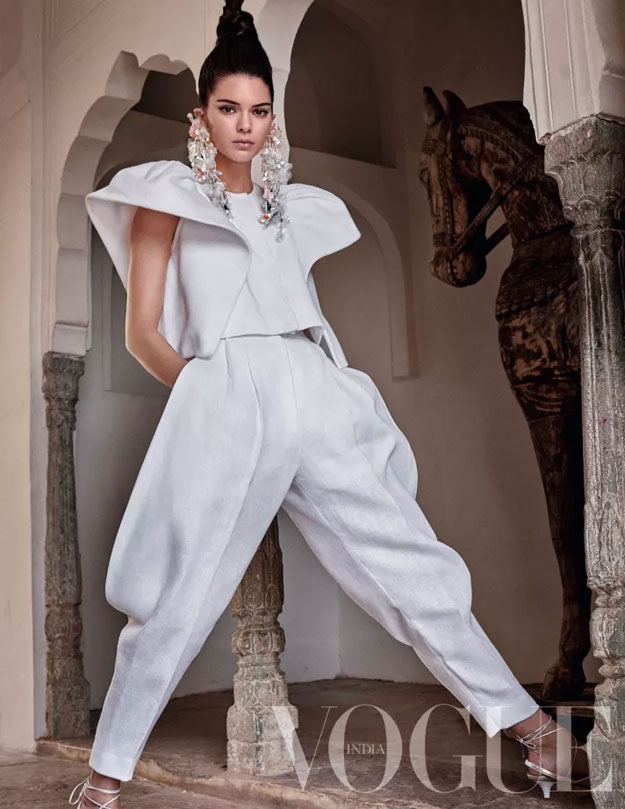 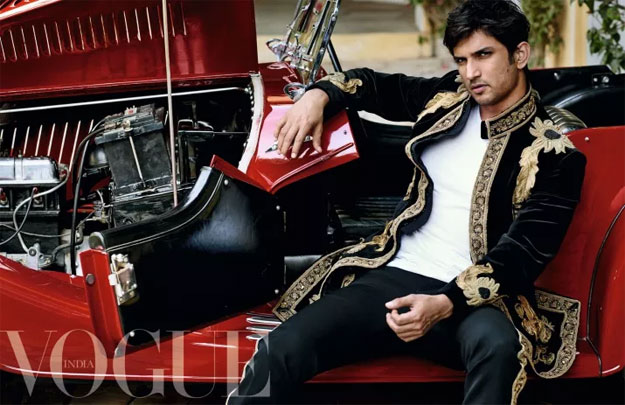 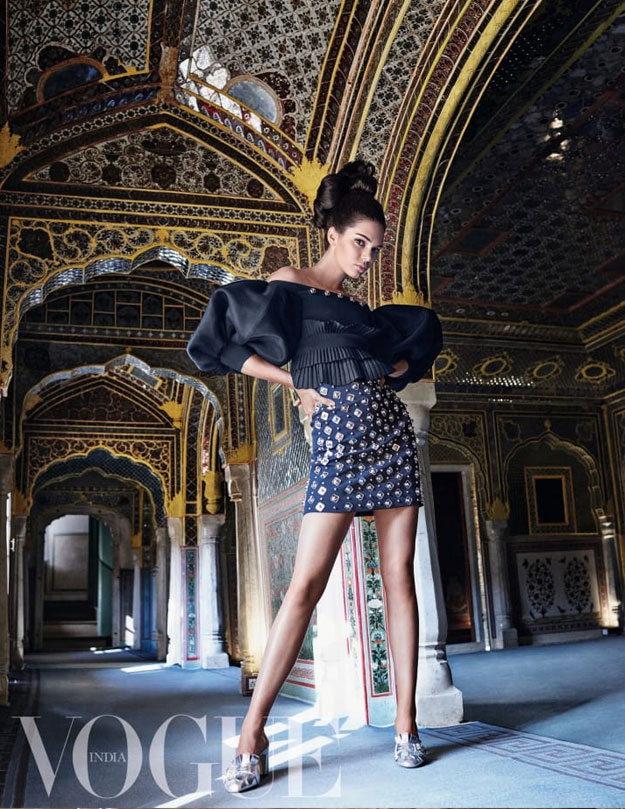 Right out of the huge controversy of the Pepsi ad, Kendall finds herself, yet again in another one.

As much as this photoshoot is incredibly brilliant, it has left many furious. Just as Vogue India shared the much awaited edition, Twitterati went crazy, calling out to the publication about how they couldn’t find a single Indian model to portray the real essence of India.

@exavierpope @VOGUEIndia Yeah, who would be stupid enough to expect an Indian woman on the cover of @VOGUEIndia for the 10th anniversary?

@VOGUEIndia Ugh so all the amazingly gorgeous women there were booked and you had to get one of the most ignorant people in the USA to pose? Weird

@VOGUEIndia As someone who comes from an Indian family I'm horribly disappointed to see Kendall of all people on this cover.

@VOGUEIndia Why not put an Indian model or actress, etc. on the cover? 10th anniversary issue? as an Indian, I'd love to see that

@VOGUEIndia This show how out of touch your elitist magazine is. Why couldn't you chose a real Indian woman?

@VOGUEIndia This is who you choose for your 10th anniversary cover, instead of….you know, AN INDIAN!???

@VOGUEIndia So you had to import a white woman for the cover?

@VOGUEIndia Why is precious editorial space focussed on @KendallJenner when there r internationally renown south Asians that also grab headlines?

@VOGUEIndia Please explain what Kendall Jenner has to do w India, knows about India, appreciates about India other than her paycheck for his shoot?

@VOGUEIndia Wowwwwww yall messed up for this shit

@VOGUEIndia Seriously disappointing..what was the reaction you were hoping to get from this?

Some chose the classic act of trolling…

why does kendall jenner look like shes playing limbo pic.twitter.com/Teq3bQoDQM

Finally revealed: Kendall Jenner had come to India for her lower back pain treatment. pic.twitter.com/lM8saPnrWf

Umm, we kind of have the same question, to be honest. Why Priyanka Chopra, Katrina Kaif, or Deepika Padukone weren’t chosen to grace the cover of Indian Vogue’s 10th anniversary edition.

We wonder what Vogue India might have to say about this.

Fawad Khan’s wife opens up on being a ‘star wife’