Cigare­tte smokin­g is known to cause about one in five cases of corona­ry heart diseas­e
By AFP
Published: May 2, 2017
Tweet Email 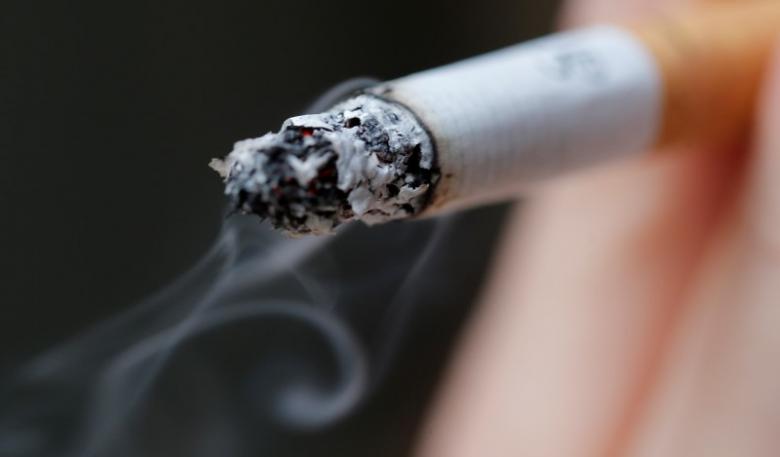 Cigarette smoking is known to cause about one in five cases of coronary heart disease. PHOTO: REUTERS

WASHINGTON DC: People who smoke cigarettes may boost their risk of clogged heart arteries by weakening a gene that is otherwise protective of these important blood vessels, US researchers said on Monday.

The findings point to a genetic explanation for how smoking can lead to the plaque buildup that stiffens arteries and causes heart disease, said the report in the journal Circulation. “This has been one of the first big steps towards solving the complex puzzle of gene-environment interactions that lead to coronary heart disease,” said co-author Danish Saleheen, assistant professor of biostatistics and epidemiology at the Perelman School of Medicine at the University of Pennsylvania.

Researchers pooled genetic data on more than 140,000 people from more than two dozen earlier studies, with a particular focus on regions of the genome that have been previously associated with a higher risk of plaque buildup in the heart’s arteries.

“A change in a single DNA ‘letter’ on chromosome 15, near the gene that expresses an enzyme [ADAMTS7] produced in blood vessels, was associated with a 12 percent reduction in heart risk in nonsmokers,” said the report. “However, smokers with this same variation had only a five percent lower risk of coronary heart disease – reducing by over half the protective effect of this genetic variation.”

Follow-up lab studies showed that in cells that line arteries of the human heart, the production of the enzyme ADAMTS7 dropped significantly when the cells contained this single-letter DNA variant.
Another experiment showed when coronary artery-lining cells were exposed to the liquid extract of cigarette smoke, the cells’ production of ADAMTS7 more than doubled.

If researchers can find other ways to inhibit this enzyme, they might be able to help smokers and others at heightened risk of coronary heart disease, said co-author Muredach Reilly, director of the Irving Institute for Clinical and Translational Research at Columbia University Medical Center.

Cigarette smoking is known to cause about one in five cases of coronary heart disease, and is linked to approximately 1.6 million deaths worldwide each year. “Through these large-scale genetic studies, we’re beginning to understand the genetic variations that drive risk in response to certain environmental exposures or lifestyle behaviors,” said Reilly.

“Not everyone reacts the same to the same exposures or behaviors. For example, some people who don’t exercise develop diabetes while others do not,” he added. “So, instead of saying there are rules for everybody, we can specify which interventions will be especially beneficial for specific populations or individuals and focus our health resources more efficiently.”

More exercise for kids could save US billions on health