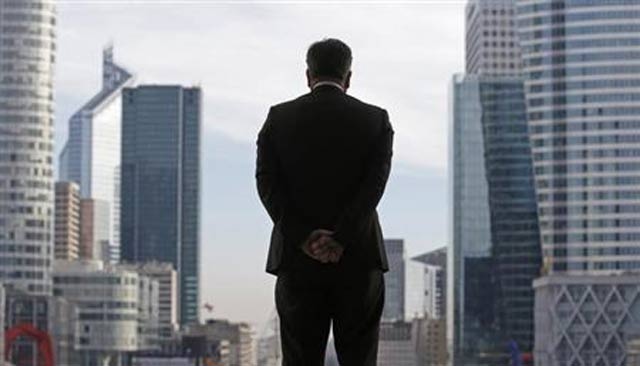 KARACHI: The country’s middle class is experiencing a rapid growth, which is evident from the rising demand for consumer durables, education and health, according to the State Bank of Pakistan (SBP).

The central bank, in its latest report on the state of economy, said that the growth in the consumption pattern in the country is indicative of a budding economy.

“Several indicators show rising consumer demand in the country. These include a rise in consumer financing, an increase in the sale of consumer durables (automobiles and electronic goods) and a sharp growth in fuel consumption,” said the SBP.

“Furthermore, the IBA-SBP Consumer Confidence Index recorded its highest-ever level of 174.9 points in January 2017, showing an increase of 17 points from July 2016.”

While there are different parameters to count the number of people and households in the middle class or the middle-income group of an economy, consumer spending is one prominent barometer which provides a rough assessment.

According to prominent political economist S Akbar Zaidi, Pakistan’s middle class has grown rapidly in the last 15 to 20 years on the back of rising remittances sent home by expats and increase in foreign investment.

“The foreign investment, which came into the country after 2002, has had a trickledown effect on thousands of lives,” he said, adding that increased access to education and rising representation of people in political parties also reflected the growth in the middle class.

Zaidi said that Pakistan’s middle class is often referred to in the context of the number of consumer goods it purchases, ranging from washing machines to motorcycles.

Additionally, attempts to quantify the country’s middle class, largely based on income and the purchase of consumption goods, exhibit that 42% of the population belong to the upper and middle classes, with 38% counted as the middle class.

“If these numbers are correct, or even indicative in any broad sense, then 84 million Pakistanis belong to the middle and upper classes, a population size which is larger than that of Germany,” said Zaidi.

“Monetary easing and lower energy prices can boost household discretionary incomes and, in this context, a strong and stable currency can also be expected to increase demand for imported consumer goods, both durables and non-durables,” he said.

On the other hand, in the central bank’s report, it was mentioned that electronic goods showed a sharp turnaround during first half (January-December) of current fiscal year, recording a growth of 14.5%, against a contraction of 8.2% during the same period of last year.

“Consumer durables like refrigerators (up 25%) and deep-freezers (up 54.4%) mainly contributed to this improved performance,” the report said.

Separately, consumer financing posted an increase of Rs37.6 billion during first half of the current fiscal year. Auto finance continued to be the dominated segment, while personal loans showed a pickup as well.

“The net credit off-take of Rs13.7 billion of personal loans witnessed in first half of the fiscal year is the highest half-year figure in about a decade,” the report stated.