Islamic principles not in contradiction with sciences, says scholar

Islamic principles not in contradiction with sciences, says scholar 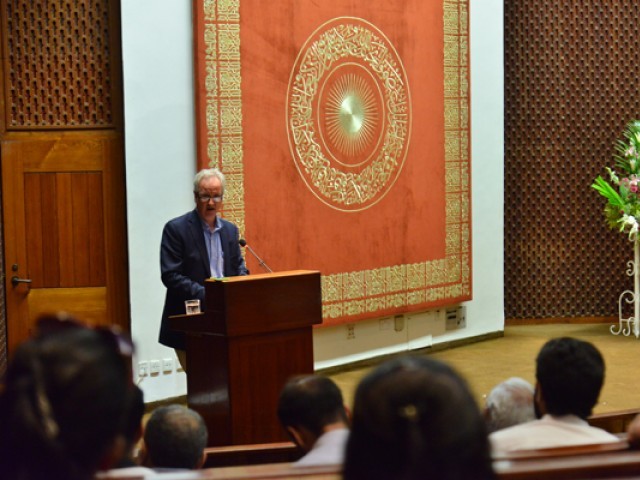 KARACHI: Does Islam validate science or not? And if it does, what is the philosophical ground that aligns sciences with the Islamic theology? These were the questions that Prof Leif Stenberg, the director of Institute for the Study of Muslim Civilization, Aga Khan University (AKU), UK, attempted to answer on Thursday.

He was delivering a lecture on ‘Science and Islam’ at the AKU Hospital Auditorium, Karachi, on Thursday.

The scholar, whose PhD thesis encompasses the subject of the talk, pointed out that the current generation of Muslim theologians have asserted that Islamic tenets are not in contradiction with the discoveries of modern sciences.

He gave examples of verses that validate scientific facts such as the Quranic description of a human embryo, which through series of stages, converts into a human being.

Prof Stenburg was of the view that Muslims valued science and technology when they were expanding their territories. Technological innovations helped them win battles.

He concluded that the fundamental ideology of Islam does not contradict with the sciences. Islamic principles can be applied today to find solutions to the emerging contemporary problems.

PTI all set for ‘Huqooq-e-Karachi March’ on Sunday