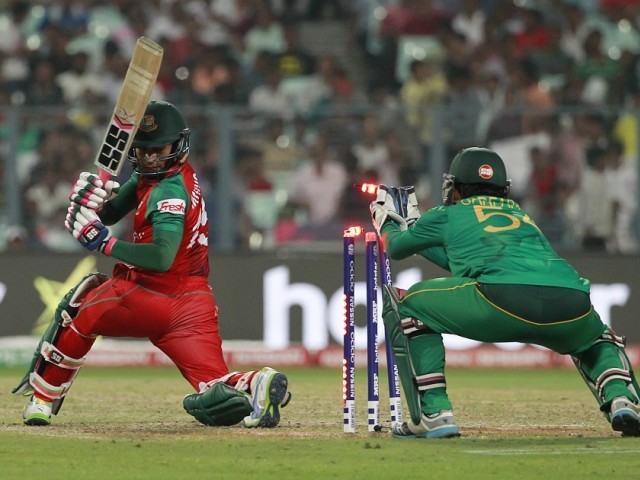 LONDON: Pakistan has called off their scheduled cricket tour of Bangladesh this year, the country’s cricket board chairman Shaharyar Khan confirmed on Wednesday.

Bangladesh last toured Pakistan in 2007-08, whereas the Men-in-Green have since travelled to Bangladesh in 2011 and 2015.

The Green Caps were scheduled to play two Tests, three ODIs and a T20I in July and August in the South Asian country.

Free tickets for all for PSL final in Lahore, demands petition

However, Khan said that Bangladesh had failed to reciprocate Pakistan’s visits with their cricket board turning down an invitation to play two T20 internationals in Pakistan.

“We had spoken about the possibility of hosting them [Bangladesh in Pakistan] this year,” the PCB chairman told ESPNcricinfo. “Pakistan have toured Bangladesh twice without them reciprocating, and we feel we cannot tour Bangladesh for the third straight time.

Ahmad Shahzad, Kamran Akmal expected to be in limited-overs squads

“Therefore, we have decided to postpone the tour, and will explore another window in the next year or so.”

At least 10 gunmen fired on a bus carrying Sri Lanka’s cricket team in 2009 with rifles, grenades and rockets, wounding six players and a British coach, and killing eight Pakistanis.

Since then, Pakistan has been forced to play most of its “home” games in the United Arab Emirates.