CPEC generation capacity to be kept at 11,000MW

CPEC generation capacity to be kept at 11,000MW 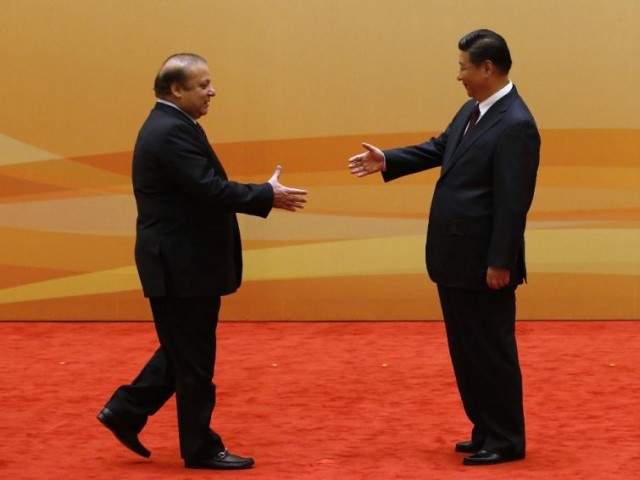 ISLAMABAD: In order to address a major bottleneck to sustainable economic growth, Pakistan and China have retained electricity generation capacity at 11,000MW in the revised priority list of the China-Pakistan Economic Corridor (CPEC).

The Energy Expert Group (EEG) has agreed upon a readjusted list of the projects, which ensures that the power generation is not less than 11,000MW, said the Chinese embassy officials in a background briefing on the CPEC.

The officials also claimed that successful implementation of the CPEC would generate 700,000 local jobs in the longer run. So far, 20,000 direct jobs and 60,000 indirect jobs have been created by the projects initiated with help of China, they added.

They said during the upcoming One-Belt One-Road summit taking place in Beijing in May, Pakistan and China may sign government-to-government framework agreement for construction of Main Line (ML-I) railways project, estimated at over $8 billion. The text of the framework agreement has been agreed between both the countries, said the officials.

Who is to blame? Fix responsibility for electricity crisis: PM

Earlier, the priority list was comprised of 10,400 MW generation capacity projects but some of them had to be dropped or pushed back due to slow progress on them.

The delays were the results of inter-ministerial disputes and inclusion of financially unviable projects at the initial stage of the CPEC, according to Ministry of Water and Power officials.

The 11,000MW number is based on scientific planning and is primarily aimed at filling the energy gaps in Pakistan, said the officials. They said most of these projects would start giving production by end 2018. The first unit of the 1,320MW Sahiwal Power Plant will be inaugurated next month.

The 11,000MW revised list does not include 4,500MW Diamer Basha dam, although Chinese officials said discussions to bring the mega project under the umbrella of the CPEC were going on.

Ending power outages remains an unfinished agenda of the PML-N government that has now started haunting Prime Minister Nawaz Sharif as he is set to enter into last year of this five-year term.

The outages currently spanning over 12 hours in rural arrears and 8-10 hours in urban centres are also shaving off over 2% annual economic growth and becoming a source of unemployment in the country.

The officials did not share the revised list, as it has yet to be approved by the Joint Cooperation Committee (JCC) – the highest decision making body on the CPEC issues.

The officials also expressed their satisfaction over the existing cooperation mechanisms that have been laid down to track progress on mutually agreed projects.

Electricity theft on the rise as summer rolls in

The systems are running very well and the projects that have hit the ground are making good progress, said the officials while responding to a question whether there was a need to setup a CPEC Authority to ensure swift implementation of projects.

According to Ministry of Water and Power officials, the EEG agreed to upgrade another 660MW Hubco coal-fired power plant to the priority list but downgraded the 1,320MW Rahim Yar Khan Power project to its actively promoted list, which carries projects that will be completed in the next five years.

The parties also upgraded the Oracle Power project to the priority list.

The priority projects are the ones that both sides are keen to complete by 2018, although only about half of the planned projects will be available by 2018. Under the CPEC, work on 39 early harvest projects has been initiated, which will be completed in five years. Most of them will be ready by end 2018.

However, the Chinese officials said both the countries have not yet been able to jointly formulate Long-term Plan (LTP) and the mutually agreed deadline of March 31 has been missed again. “We hope the two sides can accelerate pace of discussions so that the plan is finalised before next meeting,” said an official.

CPEC portfolio keeps increasing, but does it really add value?

The LTP is the most crucial part of the bilateral cooperation under the CPEC, as it would carry all necessary details of planning, execution and financing of the CPEC projects to be implemented by 2030.

The officials said after sixth JCC meeting, the provinces were satisfied and no one is now talking about controversial things. They said the provinces were now required to undertake feasibility studies to take forward work on nine special economic zones, agreed in last JCC meeting held in Beijing.