Entry to the stadiu­m will be free, thousa­nds expect­ed to show up.
By AFP
Published: March 29, 2011
Tweet Email 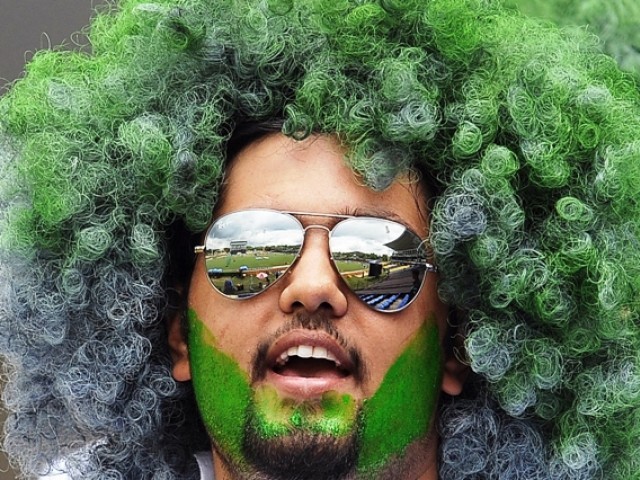 Entry to the stadium will be free, thousands expected to show up. PHOTO: AFP/FILE

LAHORE: Pakistan will open its Gaddafi stadium to thousands of fans to watch Wednesday’s high-voltage World Cup semi-final between Pakistan and India on big screens for free.

India and Pakistan, the arch rivals whose peace process collapsed after the 2008 Mumbai attacks, will face off in Mohali, sparking a frenzy on both sides of the border with both prime ministers set to attend the match.

The stadium is named after the Libyan leader, an international pariah whose military is being targeted by Western air strikes as an armed insurrection in the east poses the most potent threat to his 42-year rule.

“As per the directive of the government of Pakistan, we will be setting up digital screens under flood lights at the Gaddafi stadium to facilitate cricket fans in Lahore to witness the semi-final,” the Pakistan Cricket Board (PCB) said.

Entry to the stadium will be free, it added, and thousands of fans are expected take up the invitation.

The 30,000-capacity ground, formerly known as the Lahore Stadium, was renamed in 1974 after the Libyan leader who was close to then prime minister Zulfiqar Ali Bhutto.

Pakistan was one of the original hosts of the World Cup 2011 but was stripped of its matches after gunmen attacked the Sri Lankan team en route to the Gaddafi stadium on March 3, 2009.

The unprecedented attack on a sport that is a national obsession in Pakistan killed eight people, and wounded seven Sri Lankan players and their assistant coach.

Besides the PCB arrangements at Gaddafi in the eastern city of Lahore, fans will be able to watch the match on big screens in Karachi, Islamabad, Faisalabad, Peshawar and Quetta.