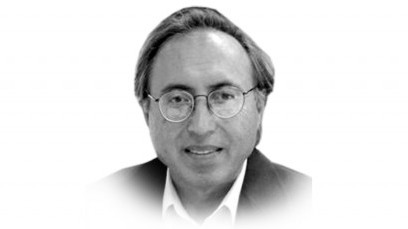 The writer is professor of political science at LUMS (rasul.rais@tribune.com.pk)

Sipping espresso at Lakota Coffee Point in Columbia, Missouri with Professor Paul Wallace, a prominent scholar of Punjab studies at the University of Missouri, I thought of the old Pak Tea House in Lahore: its intellectual life and debates on culture, arts, society and politics. The professor was very keen to bring me to Lakota to get the feel of a modern day American coffeehouse.

It is very different from the teahouses of Lahore. The American coffeehouse is a quiet, smoke-free place for those who visit it to read a book or work on their computers. Since this one happens to be at the centre of a university, most are graduate students absorbed in complex research questions and professors who come for a change in scenery.

What purpose do these coffeehouses serve? They are markers of popular culture and in many countries represent the intellectual life of the city. Artist and intellectuals exchange views on important subjects and debate some of the most contemporary ideas in art, culture, philosophy and politics. In our case the famous Pak Tea House – since we are primarily a tea drinking country – was one of those premier points where the literati, poets, artists and social activists regularly congregated. They shared their creative writings and debated ideas, in search of their meaning and current relevance.

Those were times of great idealism, the times of self-exploration for all those engaged in multiple universes of new ideas, ideologies and creative quests. A liberal, social atmosphere and a strong tradition of free expression in almost every creative realm had packed Pak Tea House with men and women who wished to intellectually engage and critically examine every social truth, in free spirit and with an open mind.

But now a pervert understanding of both idealism and pragmatism, which is presented as its opposite, has reduced idealist philosophy to mere concepts that don’t belong to the real world. Idealism is about optimism, hope, and the human capacity to imagine a better world. It is also about celebrating and having great trust in the creative self and the excitement of planting seeds of new ideas.

Idealism is essentially rooted in the brightness of human nature and in having faith in the endless potential of mankind. We tend to forget that modern science and the technological age are not independent of free thinking and imagining the past or present. And as we come up with new ideas, that are incoherent and outlandish, inconsistent with the known, we advance human knowledge and expand the human universe for greater possibilities. It is this idealism, imagining alternative future worlds through new experiences in thought and practice, which I am referring to.

Artists – creative or performing – intellectuals and philosophers share two things in common; dreaming and playing with ideas. They need social space, institutions, respect and recognition to dream and add more colours to the ones we already have. We have not lost idealism entirely but we do need to revive all cultural and social institutions that have shaped our intellectual and cultural identity, particularly at this critical stage when we face culturally effacing globalisation and extremism.

The old Pak Tea House is symbolic of intellectually vibrant places. So let be there be one in every town and city — less for consuming cups of tea; more for consuming ideas.