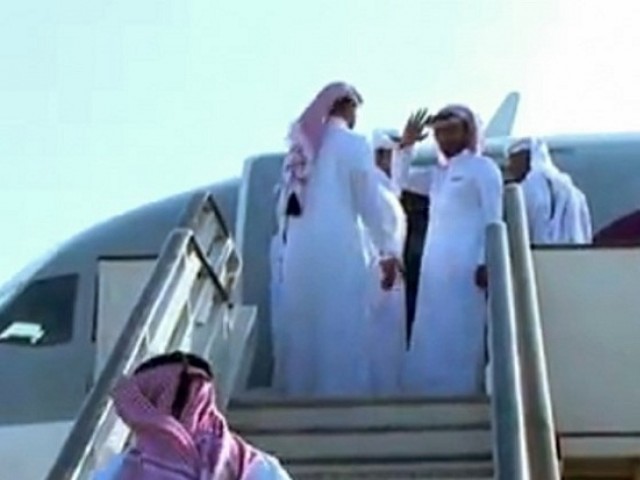 The 26 hunters, initially believed to all be Qataris, were flown to Doha on Friday after being handed over to Iraqi authorities.

Jeddah-based newspaper Okaz named the two Saudis as Salem bin Abdulhadi al-Merri and Mohammed Abdullah al-Merri and said they were expected to be flown home to the kingdom on Saturday.

The official Saudi Press Agency also began referring to the hunting party as “Qatari and Saudi” on Saturday but did not give further details.

A foreign ministry spokesman was not immediately reachable for comment.

The hunting party, who are believed to have included one or more prominent members of the Qatari royal family, were kidnapped in southern Iraq back in December 2015.

There was never any formal claim of responsibility but the abduction was widely linked to Shia militias with ties to Tehran.

A source in Baghdad said the release of the hostages was part of a wider deal that also saw the evacuation of thousands of Shia civilians from two government-held towns in northern Syria that had been besieged by rebels for more the past two years.

Qatar has close ties with the rebels and jointly sponsored the evacuation deal with Iran.

The agreement also saw hundreds of civilians and fighters leave rebel-held areas near Damascus under siege by pro-government forces.