Had Dr Shah Faisal’s father not been killed by “uniden­tified milita­nts,” he would have been just anothe­r exam...
By Farzana Versey
Published: May 17, 2010
Tweet Email 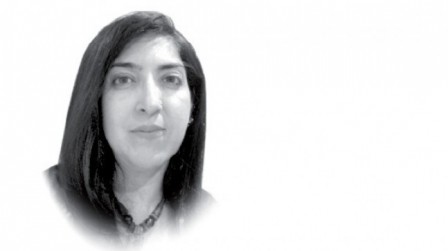 Had Dr Shah Faisal’s father not been killed by “unidentified militants,” he would have been just another exam topper. It is a tragedy that such a Kashmiri is being showcased as the ‘other’ face of the region. This is pigeonholing and he is consolidating the viewpoint. He says he wants to show the world that Kashmir does not have a monopoly over the enterprise of terrorism. Even if we ignore the curious choice of words, there is still the issue of his being hailed as a hero for the wrong reasons.

Dr Faisal is the first from the province to top the Union Public Service Commission 2009 examinations. This ought to be cause for concern and not celebration. And how has he transformed “a hurdle into a moment of opportunity?” Like him, several people survive with the scent of death after losing members of their families. This ongoing devastation has been prevalent for the past two decades. While he was giving interviews, there was a gunfire battle and two civilians and two security personnel were killed in Kupwara, where his father was murdered in 2002. There are many little kids who have seen their parents being shot dead. Some are poor and get sold for a pittance in the jihad market; some have the blood congealed in their memories.

When Faisal says, “I had only two choices — to be bogged down or to stand up and face the challenge,” he forgets that living behind closed doors in curfew streets that prevent essential supplies from reaching does not pose a challenge. When a boy is caught in a skirmish over flag-hoisting, he does not get bogged down. He just does not understand what is going on. These are wounded people living with shrapnel and solitude.

It is sad that instead of pursuing medicine he opted for the Indian Administrative Service. “I felt that I could not have made a change by being at a hospital and wanted to work with the government.” Doctors are needed, not bureaucrats. What can a young person who has just cleared his exams hope to achieve in the government? Party equations change every few years, files pile up. One might deem his stance to be idealistic, but it is the opposite. He could have gone with his medical kit and expertise to rural regions and inaccessible places.

In the past so many decades, no one has managed to bring about any change. If he is sending out a message, then it will only reach the bosses in government. He will be made their slave and their symbol: the good guy whose father got killed by the bad guys. Faisal’s father was a teacher and there is no information about his ideological stand. This is the position that suits the powers and makes it convenient for them to assume that the victim was pro-establishment.

They like pacifiers, so Faisal has a good chance of getting a prime posting. Late last year a woman shot down a Lashkare- Taiba militant, who wanted to marry her, by grabbing his rifle after a four-hour hide-and-seek challenge. Rukhsana Kausar told the media, “I thought I should try the bold act of encountering militants before dying.”

She was made a special officer with the Jammu and Kashmir Police Force. She had never used any arms before and said she just mimicked what she saw on television. Without any training, she got a sop. No one seems bothered that such rewards can demoralise those who are deservedly awaiting a promotion.

The zeal to consecrate anyone who can be remotely seen as an enemy of militancy legitimises the false belief that terrorism is the norm and these chosen ones are the exceptions. Shah Faisal’s misfortune, as well as his achievement, is personal and not political. However, by being co-opted as the ‘other’ face, heroes like him end up unwittingly offering the other cheek.