Rita Gupta warned that MNS would resort to violen­t method­s if clothe­s were not discar­ded
By News Desk
Published: April 22, 2017
Tweet Email 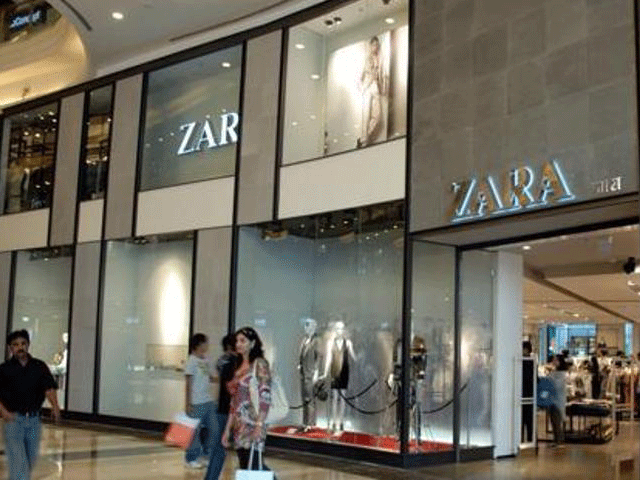 Members of India’s hard-line political party barged into an outlet of the brand at a Mumbai mall, protesting against the death sentence of an Indian spy Kulbushan Jadhav.

According to a Hindustan Times report, the MNS workers said that the outlet must close down the section selling clothes manufactured in Pakistan.

The workers then went on a rampage, stomped angrily on the clothes and later issued a direct ultimatum to the Zara store owner against selling those clothes.

“Here, Jadhav has been unjustly been prosecuted and we have shops dedicating sections to selling Pakistani clothes. This is simply not acceptable,” said Rita Gupta who led the protest.

She warned that the MNS would resort to its usual violent methods if the clothes were not discarded.

Salman Khan should be taught a lesson: Shiv Sena

The MNS in the past few days had been pleading for action against Pakistan on the Jadhav issue, said the report.

A Pakistani military court recently sentenced Jadhav to death on charges of espionage. Pakistan has already clarified that his sentence was as per the law and that India stands totally exposed on the issue of terror financing and perpetrating subversive acts in the country.