Wanted a Muslim name for my son to reflect my culture: Saif Ali Khan

Wanted a Muslim name for my son to reflect my culture: Saif Ali Khan

Actor discus­ses contro­versy around Taimur’s name and what father­hood means to him
By Entertainment Desk
Published: April 20, 2017
Tweet Email 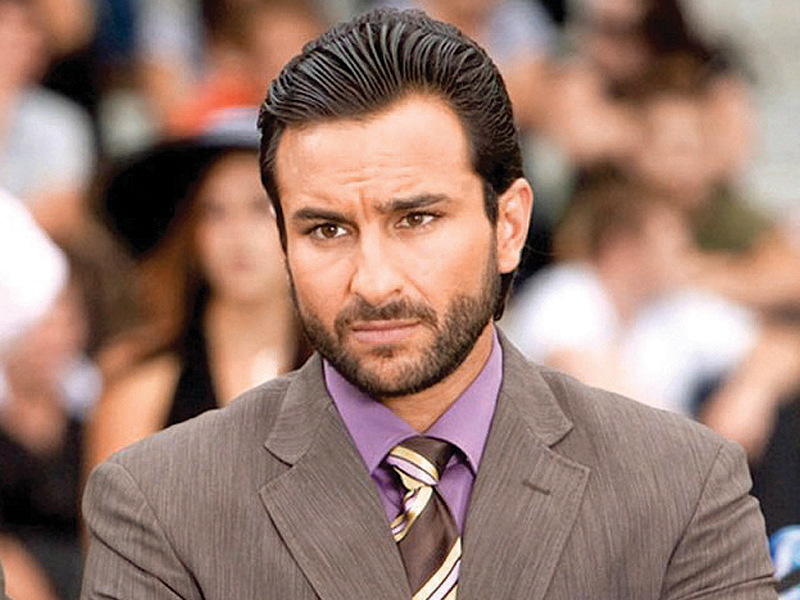 He may be one of Bollywood’s biggest stars but when it comes to his children, Saif Ali Khan is surprisingly ‘normal’ and like any other father: restrained, rational and a little awkward. Last December, he became a father for the third time, as he welcomed his son Taimur Ali Khan Pataudi with wife and fellow Bollywood superstar Kareena Kapoor.

Kareena comments on son’s name, reveals she was angry at Saif

It wasn’t until Tuesday that Saif opened up about the new arrival, revealing his dreams for Taimur and the expectations he has from himself as his father. For one, the actor stated that his so will be given the liberty of choosing which religion to follow, his Hindu mother’s or Muslim father’s. “My wife and I will try that our son is a wonderful ambassador of our country. He will be free to choose whatever religion he likes. I want him to be a liberal, open-minded and down-to-earth like we are,” The Indian Express quoted Saif as saying.

The actor also expressed what it means for him to be a father, adding that it doesn’t come naturally to him to talk about his love for his children. “I am a friend, philosopher and guide to Taimur. I adore him! I think guys always take a little longer than women to build a connection with kids because they have the baby inside them for so long… there’s an instant kind of connect,” said Saif. “I find it a little awkward to express how much I love my son or how I feel about him. But with my kids, I have to genuinely be there. It doesn’t matter if I change diapers because when Taimur is 16 or 30 and if I’m still alive, that’s when the father needs to be there. My father never changed any of our diapers but he was the greatest dad ever because we would call him anytime and he would be there and to be there is the main thing.” 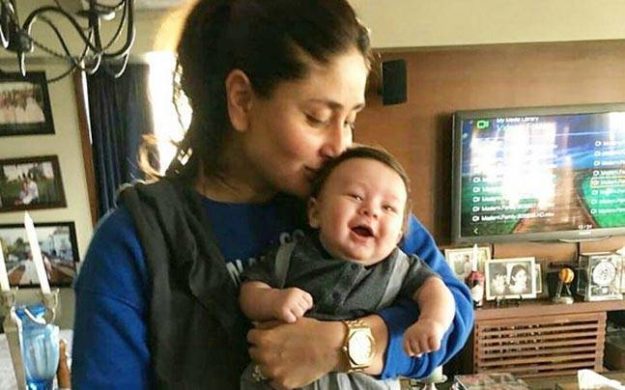 A discussion about Taimur would, of course, be incomplete without bringing up the controversy around his name but Saif was quite nonchalant about it. People across India criticised the superstar couple for selecting a name so similar to that of the Mongol invader Timur and while Saif and Kareena didn’t take the matter too seriously, he did admit that some of the comments were much too harsh. “Someone said ‘I hope Taimur dies.’ That’s a little regressive…” he said.

No one has the right to judge what kind of mother I am: Kareena Kapoor Khan

Referring to the name, the Dil Chahta Hai star said that it has always been one that he really liked. “We thought we could also choose a western name too but I wanted a Muslim one because I wanted a name of my culture. Now, I could either go the poetic route, Faiz and Ghalib… Or we could go into the royal route like name of kings,” Saif shared. “When I spoke to my wife about ‘Taimur,’ she loved the name, the meaning of the name and the sound of it. I am also aware that there is a historical person of the same name. But someone please explain to me why is it relevant today? Why is what happened 900 years ago relevant? Why are people still talking about that? How can that be connected to the name? I don’t understand it and if I can’t understand, I don’t care.”