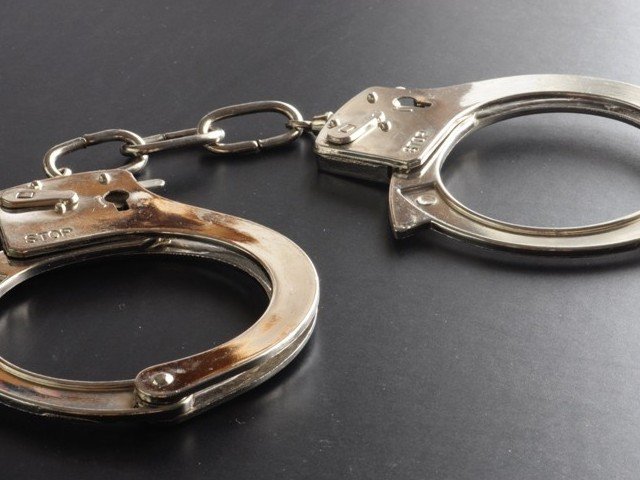 KARACHI: As many as 11 suspects, including an illegal immigrant, were arrested by the police during ongoing raids in different parts of the metropolis on Wednesday.

Jamshed Quarters police arrested five suspected criminals, identified as Rashid, Shahzad, Abdur Rehman, Shahzaib and Rehmatullah, during a raid on Wednesday. Police officials said the arrests were made during a raid at the suspects’ hideout. The arrested men were involved in several criminal cases, said the police.

Police also claimed to have recovered arms, ammunition and drugs from the possession of the suspects. Cases were registered against them and further investigation is under way.

Separately, Aziz Bhatti police claimed to have arrested two suspects allegedly involved in criminal cases. Officials said the arrested men were wanted in various cases of street crime. They were identified as Asif and Gul Muhammad. Police also recovered weapons, stolen mobile phones and a motorcycle from the suspects’ possession.

Two more suspects, Javed Khan and Khalil, were arrested by the Saeedabad police. The arrests were made following a violation of the Sindh Information of Temporary Residents Act, 2015, said the police. Cases against them were registered and further investigation is under way.

Meanwhile, two more people were arrested during a raid conducted by Ittehad Town police in Baldia Town. The suspects arrested were identified as Fakhar Shah and Alam.