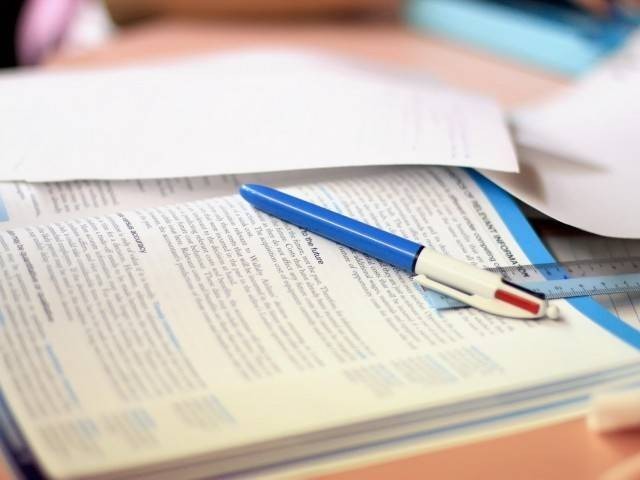 Dahar announced that to facilitate the students of government colleges they have waived the admission and examination fees, which will now be borne by the government itself. PHOTO: FILE

KARACHI: Education Minister Jam Mehtab Hussain Dahar has admitted that the state of education in Sindh is deteriorating compared to other provinces.

He was addressing a principals’ conference titled ‘Capacity Building of College Principals in Three Dimensions’, organised by the directorate-general of colleges, Sindh in Karachi.

The conference, which comprised a two-day workshop and seminar, was held at the Sindh Boy Scouts Auditorium.

The objective of the workshop was to train college principals on how to handle financial, academic and administrative matters. Principals from all over the province attended the workshop to enhance their capacity building skills.

Developing mindsets: For a better future, invest in childhood education

Dahar announced that to facilitate the students of government colleges they have waived the admission and examination fees, which will now be borne by the government itself.

Sharing some statistics, the minister said that according to their estimates, Rs16,500 is spent on each student on an average but still yield zero results.

“Copy culture and cheating is a dark mark on the performance of our society and education department,” he lamented, adding that to end this menace all the stakeholders, including teachers, parents and the students themselves, have to join hands.

Speaking about complaints of cheating in examinations, he said that examiners posted at centres from where complaints have been received will not be assigned as examination officers again. “We cannot make the system better until we treat these children as our own,” he added.

There is dire need to understand that, if the level of education decreases then society is liable to face an increase in wrong doings, he said. The education department has many flaws and the education in the province is worsening compared to other provinces, lamented Dahar.

Taking notice of a complaint that non-teaching staff are assigned duties during examinations, Dahar said that if anyone is found to be involved in such a practice, strict action will be taken against the principal of the school.

He also ordered the colleges’ secretary to take action against principals who did not attend the conference. College Education Secretary Pervaiz Suhair, Colleges Director-General Nasir Ansar and all the regional directors of the department were also present at the conference.

Ansar said that the principals who did not attend the conference have to submit a written explanation for their absence. “The government bears the expense of their travel and accommodation,” he said, adding that around 250 principals attended from the 272 colleges across the province.

Appeal made to SHC to order widening of Indus Highway