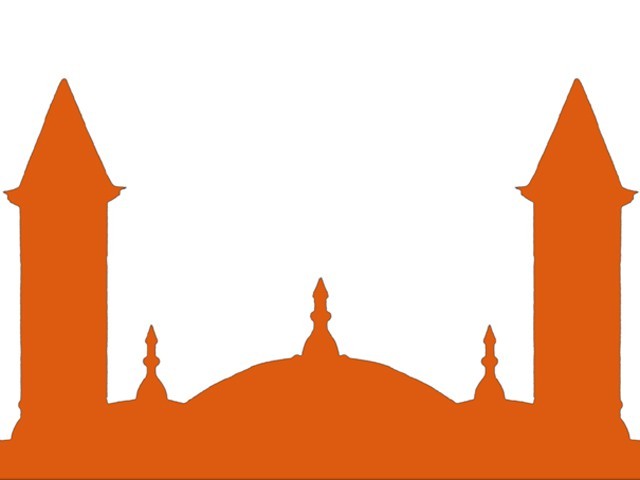 Documents show as many as 83 mosques in Islamabad have been constructed illegally.

The illegally constructed mosques in Islamabad are putting an extra financial burden on law enforcement agencies, besides raising security risks. According to the Interior Ministry’s official documents, the mosques are being provided with walk-through gates along with at least two police officials for security reasons.

An official of the ministry said that as many as 50 mosques, including shrines, have been provided with walk-through gates so far. The ministry plans to supply the remaining mosques with these provisions too.

Inspector General of Islamabad Police Wajid Durrani told The Express Tribune that it was his department’s responsibility to provide security to the people, while the administration’s task was to ensure that mosques and shrines are constructed legally.

When approached, Islamabad Capital Territory (ICT) Administration and Capital Development Authority (CDA) officials said that it was difficult for them to keep a check on mosques, as it was a sensitive issue. An official of CDA’s enforcement team claimed that some mosques were being built on state land for commercial purposes. “Mosques are being built in a few sectors with shops adjacent to them,” he explained.

Referring to one such mosque in sector I-11, he said it had been built by two teenagers who belonged to the tribal belt. “The ground floor was turned into a market while the mosque is on the first floor, making it an easy way to earn money,” he added.

According to an official of the Ministry of Religious Affairs, such commercial activities were permitted as some clerics deemed it a valid means to generate money for the mosque’s expenses, such as electricity bills and maintenance.

Information elicited from the ICT Administration and the CDA shows that there exist as many as 83 mosques and shrines in the capital that have been constructed illegally.

The data shows that the trend of constructing mosques, both legally and illegally, is much higher in the middle class sectors than the posh areas. Interestingly, sectors E-8 and E-11 have only one mosque each.

In the case of the latter, the sole mosque has been constructed illegally, probably because the foundation that developed the sector earmarked no space for its construction. These two sectors are followed by F-11 with only three mosques, of which one is illegal.

Sectors F-7 and F-8 have nine mosques each, with two illegal mosques in each sector. Sector F-6 has as many as 12 mosques of which just one is built illegally according to the documents.

Sector I-8 is home to a total of 13 mosques, of which four have been termed illegal.

There are 20 mosques in sector G-11, however, the documents do not mention the number of legally and illegally built mosques there.