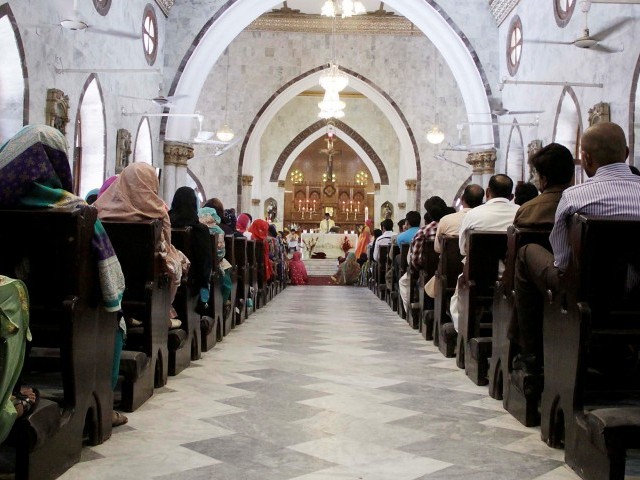 LAHORE: While all churches in Lahore witnessed huge Easter congregations on Sunday, most Christian families preferred to stay indoors after being advised to avoid public places.

Last year on March 27, a suicide bomber had ripped through a crowd in a park where families were celebrating Easter Sunday, leaving 75 people dead and over 300 injured.

Easter – the most important and oldest festival of the Christian faith – celebrates the resurrection of Jesus Christ on the first Sunday between March 21 and April 25. It marks the end of Lent and 40 days of fasting.

“Resurrection of Jesus Christ from the dead is the victory over sin and death. The importance of this day is due to a momentous incident of unprecedented significance,” said Lahore Cathedral dean Rev Shahid Mehraj while addressing a congregation at the Cathedral Church on The Mall.

“The celebration is not concerning a conventional victory, which occurs invariably in the annals of history but is related to an important revelation,” he added.

Shahid said those who exploited religion to achieve nefarious designs were definitely on the wrong path as the real service to humanity was the practice of welfare through love, peace and goodwill. “Destruction occurs when corrupt elements in the struggle to capture resources venture into malpractices,” he added.

He said the celebration of Easter brought hope, happiness to the oppressed humanity. “In a society where status of women and children is worse than wild beasts, the cross of Christ is the beacon of hope and victory,” he believed.

The birth of Jesus Christ unfolds the mystery of the magnificence and magnanimity of God’s domain, Shahid said. “Today we do not need to venture out into the battlefield to achieve progress and success but to carry forward the message of hope. Following this way will lead to happiness and prosperity and the poor and the frail will get relief.”