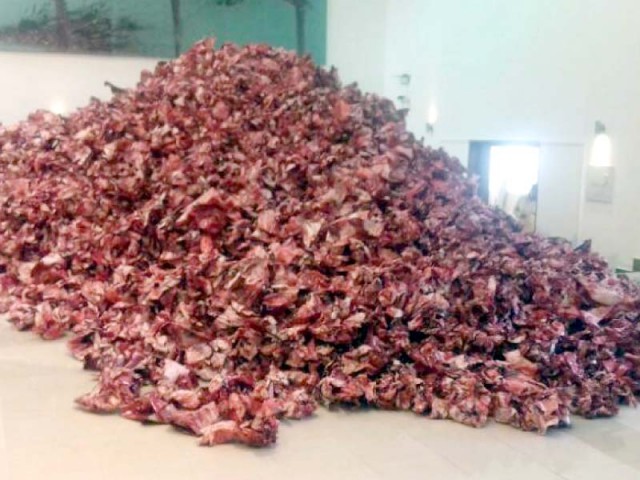 ISLAMABAD: An exhibition of 60 breathtaking art pieces including miniature paintings, sculptures, and interactive videos and books opened at the National Art Gallery on Saturday.

Curated by Zahra Khan, the exhibition titled ‘Two Wings to Fly, Not One’ showcases the works of two of Pakistan’s most renowned miniature artists, Imran Qureshi and Aisha Khalid. Curiously, this is their first joint exhibition in Pakistan. 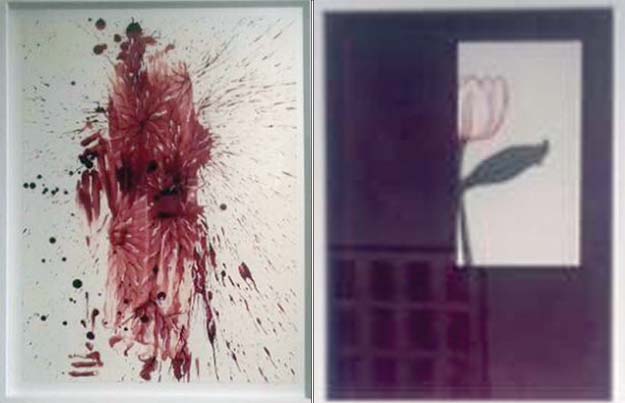 Spread over four large halls of the National Art Gallery of the Pakistan National Council of the Arts, the show also includes new work by the two artists which was especially created for the exhibition.

An ode to the greats: Celebrating the golden girls of Karachi’s art scene

Among the highlights of the exhibition are the ‘Comforters 2008’, a floating quilt created by Khalid. Qureshi’s work included a massive blood red sculpture ‘And they still seek traces of blood, 2017’. Another of his work include a large site-specific installation in the outdoor amphitheater called ‘Come then, it’s time to come back home now, 2017’. 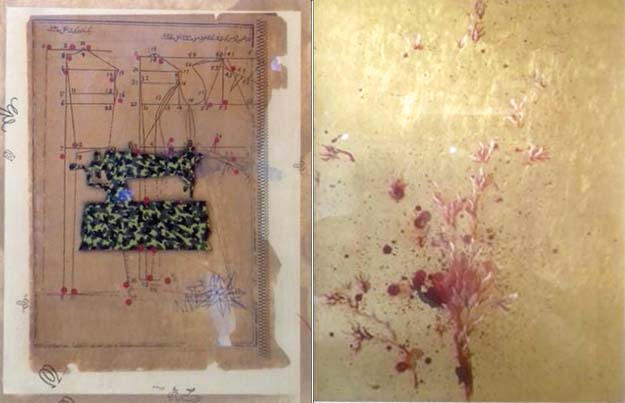 The show was inspired by a verse of Maulana Jalaluddin Rumi, “two wings to fly, not one.” It seeks to emphasise a multi-faceted view of Pakistan and highlight the importance of each of those perspectives and stories.

The show’s organisers however, added that it celebrates Pakistan’s 70 years of existence and explores the country’s varying narratives through the art.

Starter forum: Young and old come together for art show

“It also shows the country’s dynamic contemporary culture where patriotism, resilience, faith and hope to withstand the harsh realities brought about by disparity, injustice and extremism,” the organisers said in a statement.

Both the artists are graduates of the National College of the Arts Lahore and specific signature motifs punctuate their paintings. 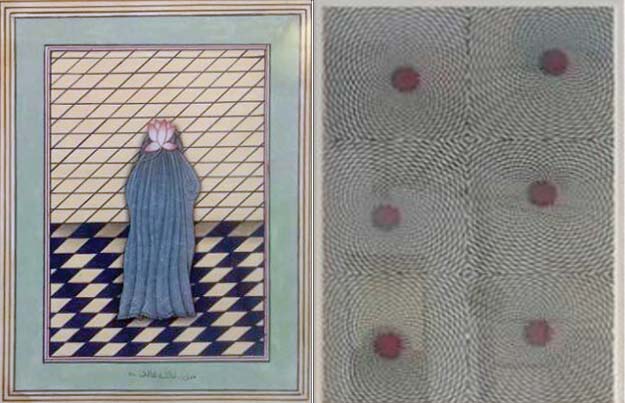 Khalid explores geometric forms and the idea of a vortex in many of her works.

On the other hand, Qureshi continues with his recent theme of floral sprays which from afar look like blood splatters in the aftermath of a terrorist attack – something which his native Lahore has seen in recent past – but on close inspection reveal intricate, detailed and stylised floral patterns – an order in the chaos. They are part of what he once described as “the idea of life, beauty and death working together”.

The public can visit the show at the National Art Gallery until May 31.