The dangerous role of media

The dangerous role of media 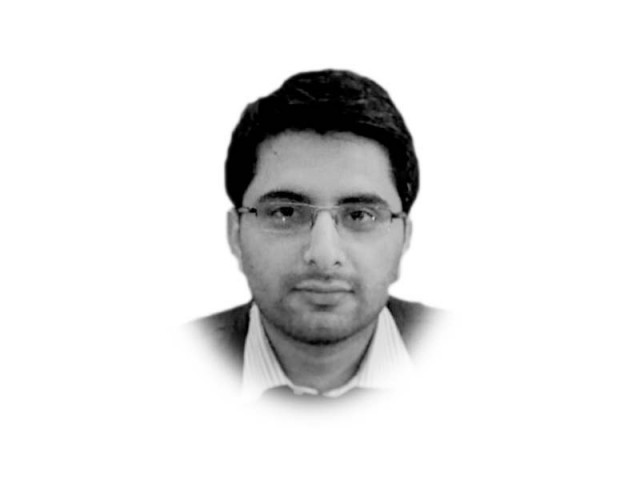 To state the bleeding obvious, Pakistan and India are not on the best of terms. Whipping up the rhetoric against each other seems like a cyclical exercise, which is dutifully undertaken and executed by public officials, media personnel, and scholars alike. Much of this rhetoric involves slinging mud at each other — Pakistan harbours terrorism within her borders, aids and abets terrorist attacks in India; India runs vast networks of spies that facilitate terrorism and sabotage in Pakistan.

In raging media and diplomatic rows, the public is subjected to one-sided narratives. The accuser alleges; the accused denies. The recent sentencing of Kulbhushan Jadhav has fuelled another series of allegation and counter-allegations between the two countries where India accuses Pakistan of sentencing the alleged spy without sufficient proof, while Pakistan maintaining that irrefutable evidence of Jadhav’s activities has been provided to India, and consequently, used in the court of law. However, such allegations are nothing new — similar debates ensued in the aftermath of Samjhota Express bombings, Mumbai attacks, and then assaults on Indian military installments in Pathankot and Uri last year. In this political and media frenzy, accusations of inconclusive evidence are often levelled against each other. Since the two official stances are at such odds with each other, it begs the question: what evidence has been provided against the main accused in these cases and is this evidence sufficient to prove the accused guilty in a court of law?

The media adds to the cacophony by drumming up their respective state’s narratives and accusing the other government of malicious intent. Seeing how media has the power to shape public opinion, shouldn’t it play a more responsible role whereby it asks tough yet important questions from both the governments on various matters of contention? Take Kulbhushan Jadhav’s case as an example. Indian officials alleged that Jadhav was abducted by Pakistani forces inside Iranian territory. Another theory floated around was that a group of smugglers kidnapped Jadhav and delivered him to Pakistan, presumably at a certain price. The majority of Indian media houses have aired multiple shows, condemning Pakistan for such outrageous tactics. Very few, if any, seemed to have carefully evaluated this narrative before taking it to be the truth.

Should it not have been asked, for instance, that how did Pakistani forces managed to penetrate significant distance into Iranian territory without fuelling a diplomatic row between the two neighbours? Or, what proof did Indian officials have to assert that smuggling rings were used to kidnap Jadhav in Iran? If so, how do either of these theories explain Jadhav’s multiple fake identities and his reported visit to Karachi in 2003 under the alias of Hussain Mubarak Patel? To take it a notch further, shouldn’t the Indian media be asking why is it so difficult to produce corroborating documents that can conclusively establish Jadhav’s retirement from Indian Navy so as to reaffirm Indian stance that Jadhav is not a serving naval officer?

From Pakistan’s perspective, should not the media ask why not more has been revealed about the accused spy? Despite Sartaj Aziz’s statement last year that the evidence against Jadhav was, at that point in time at least, inconclusive, shouldn’t the media ask the government to further solidify its case against the accused? If India has made a counter-claim that Jadhav was arrested in Iran instead of Balochistan, is it too much to ask for proof of Jadhav’s arrest inside Pakistani territory?

I closely followed Indian media after the attacks in Pathankot and Uri to see how the Indian media framed the issue. I was left disappointed by the Indian media constant finger pointing at Pakistan’s government and military. Despite the Indian NIA chief Sharad Kumar’s statement that no evidence points to Pakistan’s involvement in Pathankot attack, the media kept on alleging that the attack was aided and abetted by Pakistan. I saw a very similar reaction by Pakistan’s media after the news of Jadhav’s sentence. In one particular instance, a media outlet aired a show with a panel of four analysts, one of them a retired Indian military official. To my dismay, the Pakistani panelists took it upon themselves to gang up on the Indian guest. He was constantly interrupted, not allowed to finish his argument, and at the same time being subjected to sarcastic statements. One of the Pakistani panellists then proceeded to “advise” the retired Indian general, to ask his government to stop executing their nefarious activities in Pakistan. The anchor absolutely made no attempt to moderate the discussion. In fact, at time it appeared that he attempted to run the show à la Arnab Goswami fashion. Is this the way a civilised debate surrounding few of the most critical challenges faced by our countries should take place?

Despite my disagreement with vitriol political narratives emerging from both the countries, I can perhaps try to rationalise why politicians act a certain way. Making statements that are popular with the general public, and in certain instances further stoke public sentiment, plays well for their political goals. For countries like India and Pakistan, where public officials are rarely held accountable especially on their foreign policy views, public opinion shapes the political narrative. However, why does media in our countries act so irresponsibly? As an entity with the power of shaping and reshaping public opinion, shouldn’t it act more responsibly by carefully evaluating challenges faced by the subcontinent and at least attempt to portray a balanced picture? Shouldn’t it try to fulfill its responsibility to hold public officials accountable instead of adding to the hue and cry?

In such trying times, where the hostilities between the two nuclear-armed neighbors are soaring high, media must play a more constructive role in attempting to de-escalate the situation. It must be understood that unless the public opinion is in favour of initiating a peace process, officials who call the shots in these two countries have no incentive to back down from spewing vitriol hatred. To that end, media has the power and responsibility to do its bit by avoiding the spread of misinformation, critically evaluating the official narratives, and holding the public officials accountable for their words and actions. However, as things stand, media on either side of the border has adopted a more sensationalist approach to reporting, and in the process, has proved to be more of a disruptor of the peace process instead of playing a more facilitative role.