Fiscal crisis: Pakistan to seek second loan to pay off the first

Fiscal crisis: Pakistan to seek second loan to pay off the first 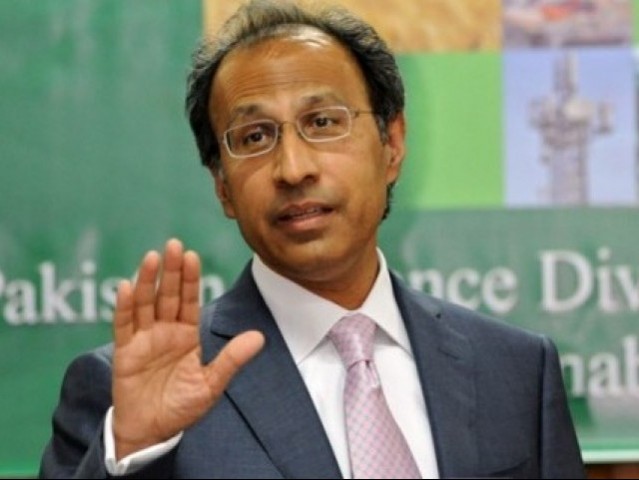 Finance minister to negotiate programme with the IMF next month. PHOTO: FILE/AFP

Pakistan has decided, in principle, to seek another International Monetary Fund (IMF) programme to return loans that it has so far obtained from the IMF, according to sources familiar with the matter.

The government and the IMF are already in the preliminary stages of negotiating the second loan programme, in the first confirmation of rumours that had been circulating in the capital for the last few weeks.

Islamabad is currently reviewing various options to begin loan repayments of the current $11.3 billion IMF loan programme, of which Pakistan has received $8 billion. The last two tranches of the loan, worth $3.3 billion, were suspended after Pakistan failed to levy a value added tax, also referred to as the reformed general sales tax (RGST). Repayment must commence from early 2012 and must be completed by 2016.

It is looking increasingly likely that the government will seek another IMF loan programme to pay off the last one, according to a senior government official who spoke on the condition of anonymity because he was not authorised to speak on the subject.

The source, however, was quick to point out that the new IMF programme was the result of government insolvency.

Another option would be to  terminate the existing programme and apply for a new one, but the signal that would send to international creditors makes the government wary of proceeding with it. According to the source, the government’s final decision will depend on what conditions the IMF attaches to any new programme.

Under the ‘bridge’ option, Pakistan would meet some of the IMF’s conditions and obtain a tranche of $1.7 billion, marking an end to the existing programme’s suspension. It may then request the IMF to convert the last tranche into a new programme.

The size of the new loan programme will be directly linked to the strength of the country’s balance of payments for the current fiscal year as well as the next. According to the latest by the government and the IMF, Pakistan’s current account deficit – the gap between external receipts and payments – is expected to remain at comfortable level during the current and upcoming fiscal year.

The second loan programme will be discussed during Finance Minister Hafeez Sheikh’s visit to Washington. The finance minister is scheduled to visit Washington from April 12 to attend spring meetings of the IMF and the World Bank. He will also hold talks with the United States Treasury Department.

In a bid to convince the IMF that Pakistan is serious about tax reform, the government plans on enhancing the income tax base in the upcoming budget, rather than relying on indirect taxes as has been the case in the past.

If the government fails to secure a second IMF programme, the government may try to float a sovereign bond in the international capital market, but without IMF backing, it is unlikely that the government will find many takers.

A second back-up option the government has is to deplete the country’s foreign exchange reserves, which currently stand at about $17.5 billion. Finance ministry officials estimate that they can deplete this up to the $8 billion mark, though it would likely also result in rampant inflation and massive currency depreciation.

According to the latest data from the central bank, Pakistan’s total debt stands at Rs11 trillion, which is equal to 69.1 per cent of the total size of the economy.