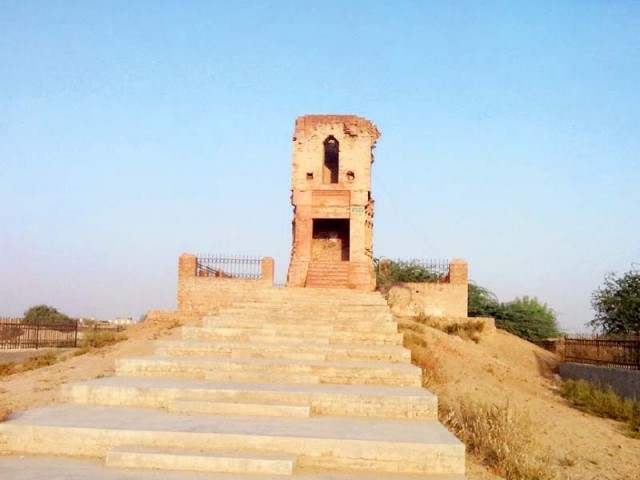 RAHIM YAR KHAN: The ruins of Pattan Minara, situated eight kilometres from Rahim Yar Khan, are believed to be a 5,000-year-old Buddhist monastery of which only a single burnt sienna column remains today. Very little is known about the structure but the general consensus is that it was built during the Hakra valley civilisation of the Mauryan period (250 BC).

The minara is named after Pattan Pur which is said to have once been a lush city nestled on the bank of the River Ghagra, an offshoot of the River Indus. Pattan Minara thus means ‘Tower on the Ford’. The structure has a single doorway facing west. There appears to be no way to reach the top floor. At some point in time, the minara is said to have been used as a watch tower. 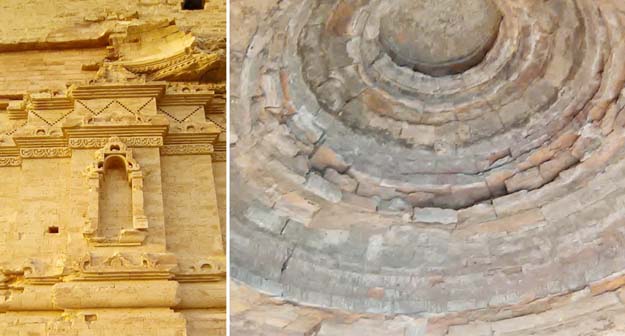 Some archaeologists believe the structure was built by Alexander the Great when he passed through this area during his military expedition to India. As was his practice, Alexander set up a cantonment here under a Greek governor and tower served for keeping a watchful eye on the local tribes. There is a mystery behind it that there was once treasure hidden in that historical building. By the 18th century when Pattan Minara was demolished they discovered a brick with sanskrit written on it.

Nearly a century and a half ago, a political agent of the former state of Bahawalpur called Colonel Minchin is said to have set out to explore the ruins of Pattan Minara. He passed an order to excavate the place, but during the process of digging, the workers came across a swarm of flies whose sting killed them on the spot. Due to this event he had to abandon exploration.

Salman Rashid, a fellow of the Royal Geographical Society, said in the absence of any scientific investigation, the Gazetteer of Bahawalpur State (1904) is the only source of information on Pattan Minara.