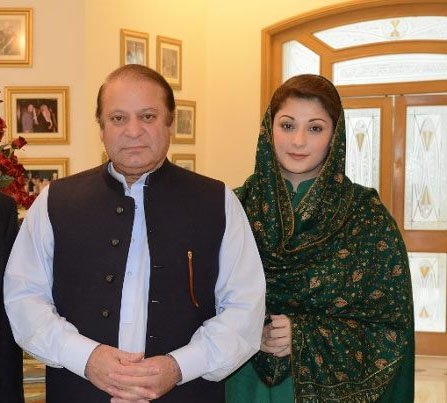 ISLAMABAD: A Supreme Court judge has observed that the Panamagate verdict – which is being awaited with bated breath – will not just concern the Sharif family, but it will, in fact, set in motion a law which will be practiced for centuries.

Legal experts expect the larger bench will interpret Articles 62, 63 and 66 of the Constitution to set parameters for qualification and disqualification of parliamentarians in the future. Article 66 specifically talks about the privileges given to MPs.

“Our pronouncement will be a law which will be endured for centuries,” said Justice Ejaz Afzal Khan, who is a member of the five-judge larger bench of the apex court which is expected to rule on the Panamagate case sometime this month.

The judge gave these remarks during the hearing of an appeal filed by the Punjab government against the Lahore High Court’s order suspending the construction of the Orange Line Metro Train project on Tuesday.

The counsel for civil society representatives, Khawaja Ahmad Hosain, who had challenged the Orange Line’s construction in the LHC, requested the bench to hand down a judgment which could not be objected to even after 20 years.

He was referring to Justice Asif Saeed Khosa’s observation on February 23, 2017 in the Panamagate case that they would give a judgment which would be acceptable to all even after 20 years.

However, no official cause-list regarding the pronouncement of the verdict has so far been issued by the Registrar Office.

All five top court judges who have adjudicated the Panamagate case are expected to sit at the Islamabad registry next week.

The past few weeks have made everyone, particularly politicians, very anxious as they are on tenterhooks awaiting the judgment. Politicians’ future course of action depends on the outcome of the judgment.

The top court reserved the verdict on February 23 with the lead judge, Asif Saeed Khosa, observing that a short order was not possible due to the sensitivity of the case.

It is learnt that the judges on the bench are giving their individual input in writing, keeping in view the importance of the case. “Normally, one judge writes [a] judgment and his fellow judges endorse it. Here, every member of the larger bench is writing his own note,” sources told The Express Tribune. To keep things airtight, a member of the bench is reportedly writing the judgment on his personal laptop.

Meanwhile, hearing the Orange Line Train Project case, Justice Azmat Saeed Sheikh observed that the court did not want any damage done to the heritage sites in the city. “We know if we pass a wrong judgment and the sites are damaged, then this will be a burden on us and we will have to carry it forever,” Justice Sheikh said.

Justice Ejaz remarked nobody wants the heritage sites to be damaged. “These heritage sites are as much yours as they are ours.” The judge asked the counsel whether he wanted the public money to go to waste.

Hosain, while concluding his arguments, said there was no material on record to establish there would be no damage to the heritage sites. The counsel said the project should have been planned in a different manner. He pleaded that instead of realising the cost of the ongoing project, the bench should give a judgment, if there is an illegality in it.

Earlier this month, the top court expressed its concerns about the LHC’s decision to halt the construction of the Orange Line near Lahore’s 11 heritage sites without first obtaining expert opinions on the subject. The hearing of the case is adjourned until (today) Wednesday.