Creati­ng awaren­ess, stampi­ng out undera­ge use and giving adults the right to free choice may be the best strate­gy.
By Editorial
Published: March 25, 2011
Tweet Email 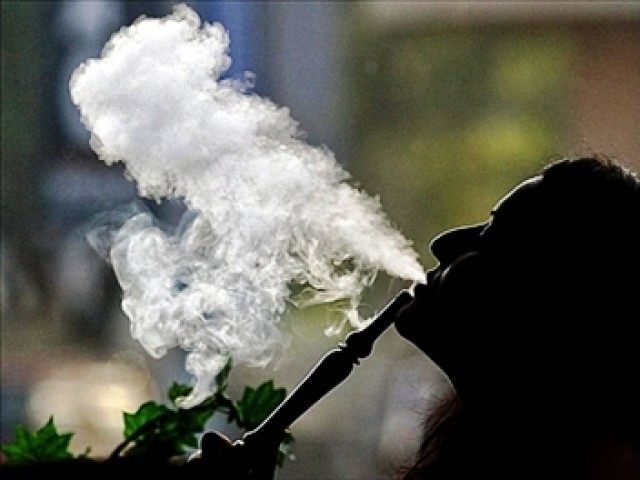 A woman smokes shisha at a cafe. PHOTO: AFP

The raid by police on two Lahore restaurants and the confiscation of six shishas from them comes as reports circulate that the Punjab government is considering a complete ban on the popular device, which offers users tobacco filtered through water and smoked through a long pipe. There is, however, a great deal of haze surrounding the issue, almost as much as that which hangs around a typical shisha smoking café. The owners of the restaurants have pointed out that nothing was given in writing at the time of the raid and have challenged the police action in court.

Over the past few years, shisha, an import from the Middle East, has caught on like wildfire among young people. It is sometimes offered even at school and college functions. But the fact also is that the shisha involves tobacco and other materials that are potentially injurious to health. Research at the Agha Khan University has suggested that the flavoured extracts and other items smoked along with the tobacco have their own ill-effects. The strawberry, grape, mango or other essences make the shisha seem innocuous even to very young smokers, whose parents have no objections for precisely the same reasons. This lack of awareness is dangerous. The shisha offers just as many hazards as other forms of tobacco, including cigarettes. In Punjab, there have been some reports that addictive substances such as heroin, marijuana or hash are, in some cases, mixed with the tobacco. There can, of course, be no doubt at all that this makes the pipe extremely dangerous. Its sharing between a large group of people adds to the risk of infection being transmitted.

However, it should be noted that any ban needs to be carefully considered. After all, cigarettes, cigars and the hookah remain in wide use. Creating awareness, stamping out underage use and giving adults the right to free choice may then be the best strategy.