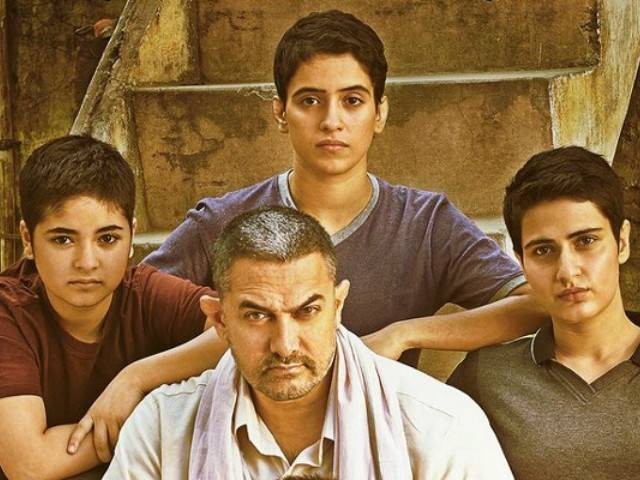 Actor-producer Aamir Khan has decided against releasing his Bollywood blockbuster Dangal in Pakistan after the censor board here demanded that two scenes involving the Indian flag and anthem be cut.

According to Hindustan Times, “When the film went to the Pakistan censor board, they were fine with it except for two particular scenes towards the end — one in which the Indian flag is shown and another in which the Indian national anthem is played after Geeta Phogat (played by Fatima Sana Shaikh) wins the gold medal. The Pakistan censors wanted the scenes to be edited out before they gave Dangal the green signal,” says an insider.

Asked why the Indian flag and anthem needed to be cut, Hasan said: “The decision is the collective wisdom of the board.”

He added that it was now up to the local distributor to release it or not.

Subsequently, Aamir has decided not to release the movie in Pakistan, saying the demanded cuts were crucial to the spirit of the film, his spokesperson told IANS.

Aamir, who is also the producer of the film, felt that the “demand for the two cuts was surprising, because the film isn’t jingoistic in nature”. The source says, “It’s a sports-based biopic with no direct or indirect reference to Pakistan. The film only highlights India’s nationalistic sentiment, so what is the reason to chop off those scenes?”

“It will result in an economic loss to the tune of Rs 10-12 crore, as Pakistan is an important international territory vis-à-vis money, but he isn’t willing to edit the scenes in question. He is aware that not releasing the film could lead to piracy, but he is sure about what he won’t do,” adds the source.

Dangal is a movie inspired by the real-life story of wrestler Mahavir Singh Phogat, who trains his daughters to become wrestling champions.

The news comes just over two months after Pakistani film exhibitors and cinema owners lifted a self-imposed ban on the screening of Indian films in the wake of heightened tensions with India over the September 2016 terror attack in Uri.

The Express Tribune is currently awaiting a statement from the Chairman Censor Board.