The tyranny of aggregates

The tyranny of aggregates 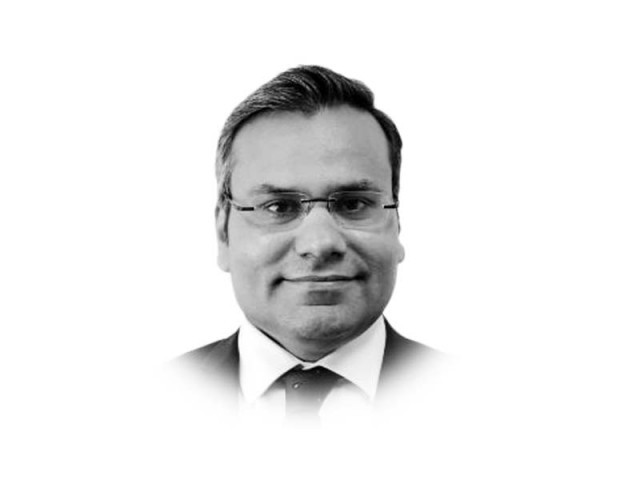 The development community celebrated achieving the goal of reducing global poverty by half at the conclusion of the Millennium Development Goal (MDG) era at the end of 2015. World Bank estimates suggest that global poverty fell from a high of 50 per cent in 1990 to 14 per cent in 2010, resulting in the achievement of the poverty reduction target five years before the 2015 deadline.

Pakistan too joined the celebrations. Official statistics indicate that both consumption poverty and multidimensional poverty declined during 2000–2015. But what has surfaced at the global level as well as in Pakistan, is that poverty reduction has not been equal across regions. Again, World Bank data shows that China constituted 64 per cent of the 1.1 billion people lifted out of poverty globally during 1981–2012. In Pakistan, 31.4 per cent of households live in multidimensional poverty in Punjab, a mammoth 73.7 per cent live in the Federally Administered Tribal Areas (Fata) and 71.2 per cent live in Balochistan. Data and analysis seldom went beyond national aggregates — one major reason that inequality in poverty reduction stayed off the public policy radar.

As in many other countries, poverty in Pakistan is concentrated in select regions — notwithstanding pockets of poverty within wealthier areas. People in Fata and Balochistan are disproportionally poorer than people based in Punjab. Within Punjab, people in the southern districts are poorer than those in central Punjab. Overall multidimensional poverty in the country as a whole is almost six times that in urban areas. Leaving aside regional concentrations, women and ethnic and religious minorities are generally more disadvantaged.

Robust disaggregated data is a prerequisite for addressing these peculiarities. The Planning Commission of Pakistan and the United Nations Development Programme (UNDP) recently conducted an analysis on data for the Sustainable Development Goals (SDGs). They found that current national statistics are unable to provide information for more than 25 per cent of the 120 SDG indicators, which actually require district-level data. The availability of timely, reliable and accessible data for the MDGs was a challenge in many countries, including Pakistan which provided consistent and comparable data for just 33 of 41 MDG indicators at the national level. Provincial- and district-level data was available for just 10 indicators.

The MDG framework relied on national averages, a key limitation. “Leaving no one behind” to address rising inequality between and within countries has become an overarching theme of the SDG agenda. It underlines a “data revolution” which should track progress by location, gender, poverty incidence and other characteristics. An important initial step in this regard is reviewing and aligning national official survey tools with statistical systems. This will allow the collection, analysis and dissemination of disaggregated data in a timely fashion.

The good news is that the global community and national governments appreciate the importance and need for disaggregated data. Most of the global SDG indicators have been disaggregated by gender, location and other parameters. The Planning Commission and the Pakistan Bureau of Statistics (PBS) are leading an SDG data mapping process to identify data gaps and align national survey instruments, accordingly. While national governments are the main repositories of data, civil society and the private sector can also play an important role. Big data, including social media, mobile phones and crowdsourcing, has already shown its worth in gathering real-time feedback on public services in Pakistan and around the world. Potential use for SDG monitoring should be explored further in Pakistan.

The disaggregation of data by region, gender and other attributes is critical if poverty and other social deprivations are to be specifically addressed. Doing so will lay the foundations for evidence-based national and provincial policies. However, given its magnitude, such an undertaking requires coalitions across the public and non-public sectors. The structure of the UN Global Working Group on Big Data, of which Pakistan is a member, could serve as a model for something similar in Pakistan to discuss issues of methodology, legislation, privacy and technology. Data for the SDGs is a massive undertaking and will require partnerships between national statistical institutions, academia, the private sector and other potential contributors. The PBS is well placed to bring such partners together.

One of the lessons from the MDGs in Pakistan was the lack of data standards: how are indicators defined? What will be the source of data? Who will be responsible for reporting and how often? The Government must address such questions at the outset to avoid unnecessary debate at the reporting stage, something that marred MDG progress reporting. SDG targets should be localised with region-specific baselines and targets, and should consider ground realities. Higher targets should be accompanied by higher public investments.

National aggregates hide important information. They do not disclose evidence about who is actually lagging behind and where. Timely and reliable region-disaggregated data and other attributes provide information capable of guiding public policy to target areas, explaining which groups most require public assistance. Disaggregated data is the first step towards evidence-based policymaking. It is encouraging to see that the government is working towards this very goal.

Panama leaks and we the people