Unempl­oyment in the region is quite high, traili­ng far behind the nation­al averag­e
By Hasaan Khawar
Published: April 5, 2017
Tweet Email 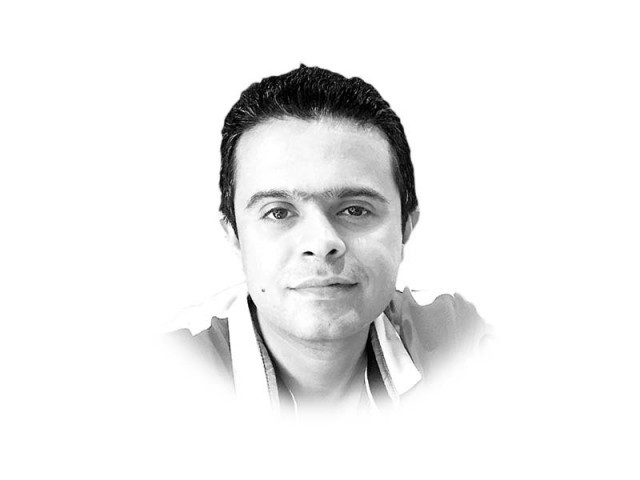 The recent announcement of a merger of the Federally Administered Tribal Areas (Fata) with Khyber-Pakhtunkhwa has invited a mixed reaction, with proponents on both sides fervently voicing their arguments. Keeping politics of this merger aside, it is indeed heartening to see the renewed focus on Fata reforms and political mainstreaming of this tribal terrain, which in recent years has been the hotbed of terrorism. However, with the high level of poverty and years of war taking a toll on Fata’s social and physical infrastructure, this impoverished region is in desperate need of prosperity, without which no reform can be successful or sustainable.

Fata has a fairly small economic base, with construction, mining and extraction claiming a major share. Much of the population is involved either in subsistence agriculture and livestock rearing or in services sectors such as transport, storage and communication. A significant proportion of local economy revolves around illegal production and trade of narcotics and smuggling of goods, arms, timber, marble, minerals and gems.

Unemployment in the region is quite high, trailing far behind the national average, with severe gender disparity and less that 6% women participating in the labour force. Limited skilled job opportunities exist, with almost 50% of labour force in Fata employed in unskilled jobs, leading to limited household income. Even the skilled labour, wherever employed, has low level skills.

With no functional airports in the region and a limited road network, the region is considered mostly inaccessible. A set of special laws have so far governed Fata, with only case-by-case adoption of national laws, creating an uncertain regulatory environment. There is limited presence of financial institutions in the region and any large transactions are executed using the illegal channel of hundi or hawala. Communal ownership of land, preventing use of land as collateral, and virtually non-existent credit facilities restrict easy access to finance, with more than 80% of investment claimed by personal financing, precluding large investments in plant and buildings required for industrial development.

A host of these challenges, including the grave law and order situation, are likely to keep the investors at bay in Fata, with the poverty-ridden local population not even offering an attractive consumer market to any outside investor.

While the civil and military security agencies are tackling the law and order challenges in the region, policymakers need to develop a well thought out strategy, addressing these bottlenecks to stimulate economic growth in Fata. Any such strategy should rest on three key pillars – opening up this isolated region, using planned infrastructure investments as a stimulus and cultivating indigenous strength and resources.

Opening up Fata would essentially mean strengthening road and rail links, building airports and ensuring digital connectivity. The locals have already demanded construction of an expressway from Bajaur up to Wana in South Waziristan. This could be immediately commissioned, improving local connectivity. Furthermore, the only rail track in Fata runs from Peshawar to Landi Kotal, which isn’t working at the moment. The Pakistan Railways has announced plans to undertake a feasibility to link Fata with Torkham and Peshawar, eventually connecting with ML-1 Karachi-Peshawar line. It is important to follow through on this announcement and the feasibility should be commissioned immediately leading to actual construction of this rail track.

Building the air link might be easier as Fata has a non-functional airport in Parachinar, where operations can be resumed with little investment. Similarly, the nearby airport of Dera Ismail Khan and Bannu should also be reopened.

The overall broadband penetration in Fata is dismally low, with 75 per cent of Fata without any optic-fibre connectivity, leading to a severe digital divide. Telcos have traditionally shied away from investing in Fata, due to higher costs and lower returns. The government should subsidise their risky investment and engage with private telcos and other partners to enhance digital connectivity. The proposed optic fibre from China under CPEC should also be linked with Fata. Secondly, there is a need to ensure that any planned investments should directly benefit the local population. The government has approved an uplift package of Rs110 billion for Fata, while the Sartaj Aziz-led committee on Fata reforms has proposed formulation of a 10-year comprehensive development plan, including major infrastructure and irrigation projects, mineral development programme and establishment of industrial zones with special incentives. All such infrastructure investments should include a focus on developing indigenous resources covering local labour, service providers, vendors and industries. The local population should be provided basic education and skills training to take advantage of jobs created through infrastructure investments, while contractors should be encouraged to ensure maximum sourcing to local vendors.

Lastly, it is important to recognise that despite all these ambitious plans to revitalise Fata, it will be a long time before the region can attract outside national or international investors. It is, therefore, critical to cultivate local strength and resources. Any efforts in this direction may include reviving the local sick industrial units and supporting existing industrial clusters such as arms manufacturing, construction industry, etc. Hydro-power potential of the region should also be exploited. The region has confirmed deposits of copper, chromite, soapstone and gypsum, besides presence of, precious and semi-precious gemstones, granite and marble, which should be capitalised on with investment in the mining and extraction sector.

The government must also realise that even the best plan for the revival of Fata will only be as good as its implementation. The need for capacity to implement all such reforms, coupled with regulatory improvements, therefore holds the key to a prosperous future. The Fata Reforms Committee has already proposed a number of institutions including Directorate of Transition and Reform, Large Infrastructure Unit, Strategic Coordination and Policy Unit, etc, which must immediately be established to initiate reforms in Fata. Engagement with local, national and international investors should inform broader regulatory reforms, facilitating investments and reforming the business environment. Stimulating economic growth in Fata would be challenging but persistent efforts in the right direction are likely to bring dividends in the years to come.

The tale of the table