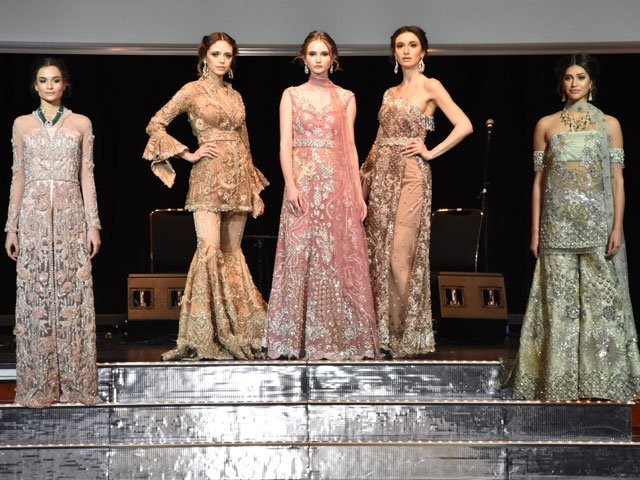 LAHORE: This year, we celebrated Pakistan Day in a somewhat unusual but very rewarding way. Berlin, the capital city of Germany, got to witness Pakistani fashion at its very best, in an event organised by the Pakistani embassy.

Brand Pakistan Berlin was held at The Maritime Hotel Berlin, conceptualised by none other than Zahir Rahimtoola.  It showcased ‘Zamarud,’ the jewelry collection by Sherezad Rahimtoola and a special clothing collection by Élan titled ‘Bejewelled.’

Seven-day festival of Pakistani food, art, music and fashion to kick off in Singapore

The Pakistani ambassador to Germany, His Excellency Jauhar Saleem and his wife Zara Jauhar were accompanied by over forty other Foreign Service officials at the event, which aimed to propel Pakistani fashion and art onto the global scale. #BrandPAKISTAN was designed to stimulate interaction and synergies between local fashion and jewellery designers, musicians and artists and the international audience.

Both Élan and Sherezad Rahimtoola received immense appreciation. “It was indeed a wonderful event, attended by over six hundred people. In a gorgeous setting, we were able to showcase dynamic Pakistani society through fashion, music and art, as we celebrated Pakistan Day,” the ambassador told The Express Tribune. Asked about the response of the other dignitaries and diplomats present, Saleem said, “The audience included German parliamentarians, senior official, intelligentia and dozens of ambassadors over a hundred diplomats, business leaders, academicians, media and members of Pakistani community in Berlin and their response was overwhelming! Many have expressed their pleasant surprise at seeing this beautiful side of Pakistan, which is so forgotten by the international media. It is so important to show the world what Pakistan is today, with all its colours and dynamism.” 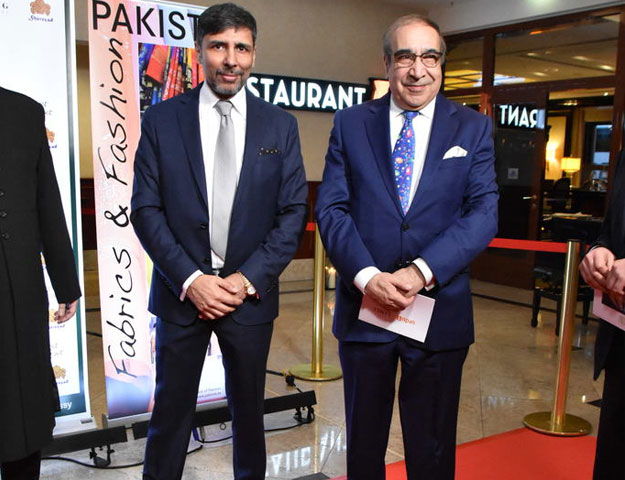 He continued, “I believe cultural diplomacy is very important, not just for promoting the soft image of a country but also its economic prowess. In today’s world, where trade is about branding, a ‘country brand’ becomes very important and has to be pursued. For instance, a fashion show falls within the purview of cultural diplomacy but for a country whose exports are 60% textile, it is economic diplomacy too.”

Rahimtoola, CEO and founder of ECOM and Labels Pakistan, added, “#BrandPAKISTAN was my concept. I want to build awareness of Pakistani products; it’s my way of giving back to our country.”

According to the fashion retailer, the aim of the event was to build awareness of Pakistani products on the world stage, especially in terms of fashion, film, jewellery and music. “Ambassador Saleem was very receptive to my idea and wholeheartedly supported the concept by hosting the event in conjunction with the Pakistan National Day. Élan by Khadija Shah made a special collection for it, as did Sherezad and both of them were highly appreciated,” Rahimtoola added. “It was an event that made me very proud on a world stage. Also, the Ambassador’s wife Zara accepted our request and agreed to walking as the showstopper.” 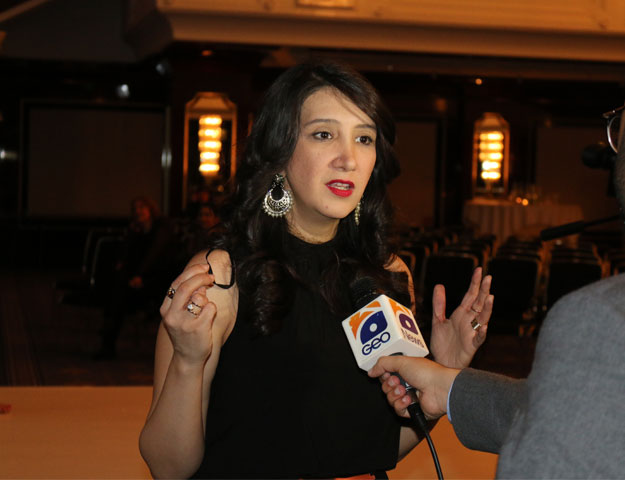 Asked about her experience, Sherezad shared, “I had a great time, especially since it was Pakistan National Day. The event was attended by a large number of international ambassadors, German parliamentarians and dignitaries and therefore, was a great platform us to showcase our work in Europe. Though it was an exclusive showing and not for the purpose of selling, I hope to export my jewellery at fashion capitols and retail destinations around the world.”

Zeb Bangash performed with the German musicians as part of the event too.

U2 Producer’s other job: Selling CDs in Indonesian KFCs