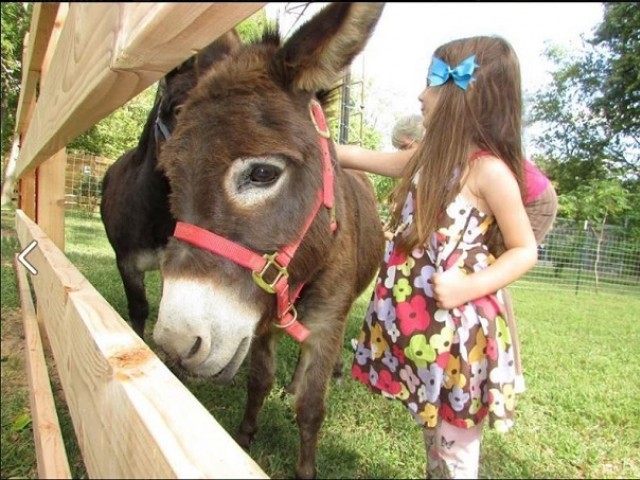 A visitor at a public farm thought it would be amusing to videotape himself punching a miniature donkey in the head and posting it on Twitter, the farm’s director said Friday.

At least one viewer did not think it was so funny and reported it to the Collinsville Police Department, according to Carol Frerker, director at Willoughby Heritage Farm and Conservation Reserve.

The farm is part of the Collinsville Recreation District. The call led to two animal cruelty charges against Lucas Dietrich, 18, police said.

Frerker said the incident happened Sunday afternoon at the farm at 631 Willoughby Lane, which operates as a park and welcomes the public to interact with the animals.

Amore, a 13-year-old miniature donkey, was grazing in a small paddock when she was punched in the head, just under the ear. The farm did not learn of the incident until police called and informed them of the video, Frerker said.

“He thought it would be funny to hurt an animal,” Frerker said of Dietrich. “We usually don’t have any problems, but when we do they get caught one way or another.”

Police said Dietrich cooperated with police, and the video was found on his phone. He was charged with two misdemeanours, cruel treatment of animals, and depiction of animal cruelty. His bail was set at $50,000.

Frerker said it was great someone was looking out for the farm’s animals.

“Ninety-nine per cent of people are coming out for a good reason,” Frerker said. “We don’t tolerate it when they don’t,” Frerker said Amore, who came to the farm from a donkey farm in Missouri in September, had been examined and was doing fine.

“We are giving her extra loving because of what happened,” she said.