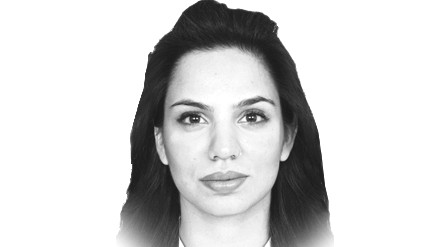 The writer read social anthropology at Oxford and is an independent consultant (kashmali.khan@tribune.com.pk).

On April 27 2010 the UN Commission on the Status of Women held a meeting to discuss the challenges of implementing the Security Council Resolution 1325 on women, peace and security. Passed in 2000, it acknowledges the disproportionate effect of armed conflict on women and calls for increased participation of women at all levels in preventing, managing and resolving conflicts. As it approaches its first decade in October, alarm bells have been sounded off.

In the current geo-political climate, the centrality of women in ideological and political discourse around Pakistan has made them vulnerable to both sexual and symbolic violence. Against the background of terrorism, women have become the battleground between the Taliban and American military over the ideology surrounding their rights. Whilst the Taliban exclude women from education and the public sphere in the name of preservation of Afghan and Muslim culture from the corrupting ‘west,’ women’s unveiling is equated with liberation and progress by the western world. The war on terrorism, among other things, is an ideological war in which women’s position has come to indicate its course. Whilst Islamist radicals and militants burn women’s schools, international development discourse (formulated in the west) brings into question the very agency of women in Pakistan, reducing them to silent disempowered ‘third world victims’ where no amount of aid can ever ‘emancipate’ them.

Overwhelmingly, security studies focus on male viewpoints in militant activities, both of the observed male ‘perpetrators/warriors/terrorists’ and by the often predominantly male ‘international observers.’ Their roles as communicators of cultural knowledge and familial traditions is significant in its capacity to transform both within the private realm – through equal access to decision-making and child rearing and in the public – through social movements and formal representation. The negligence of this factor by the Pakistani state and development agencies alike has led to a myopic and shortsighted approach towards women’s empowerment. Both international organisations and local partners/affiliates focus disproportionally on shortterm relief provision rather than sustainable programs aimed at the capacity building of women. This is in line with the US ‘aid brings stability’ paradigm based on the assumption that economic progress will miraculously reduce vulnerability to extremist violence and recruitment by radical groups. In fact, foreign development assistance may be contributing to instability due to its perceived alliance with US military objectives. The perception of such an alliance has provoked extreme reaction from Islamists against women’s education and public visibility as seen in the widely distributed video of the public flogging of two women in Swat. I call it a reaction, as whilst these activities were known to exist before, their dissemination was never this widespread.

Furthermore, ironically, even though gendered violence has been understood as a tactic and consequence of conflict, it is relegated to matters of communal ‘honour’ in times of peace and disregarded entirely as ‘collateral damage’ during conflict. It is no wonder then, that despite Resolution 1325’s promulgations of women’s roles in peace making, the UN and other international and local development organisations have focused on short- term economic opportunities and relief provision rather than a strengthening of women’s social and political will in Pakistan. Women’s ‘empowerment’ in this battle between Islamic salvation or secular liberation has become a matter of definitional discombobulation, with few results to bear evidence either way. This necessitates urgent systematic measures at the institutional level to build women’s affiliation with the nation-state as primary citizens of Pakistani. Women’s citizenship must be de-linked from narrowly defined ideologies constructed by history’s dominant dictators and militants, and should be re-negotiated through active inclusion of women in sustainable decision making processes. Democratic institutions such as free and independent media should be encouraged and made increasingly accessible, for they not only serve to include women in the public discourse of politics but also normalises their presence in such spaces. Women’s identification as agents of change and not as secondary subjects of the state remains key to not only the empowerment of the largest minority in Pakistan, but also integral to the sovereignty of the Pakistani state, and to long-term stability and peace keeping processes.

Where is the Gilgit-Baltistan government?