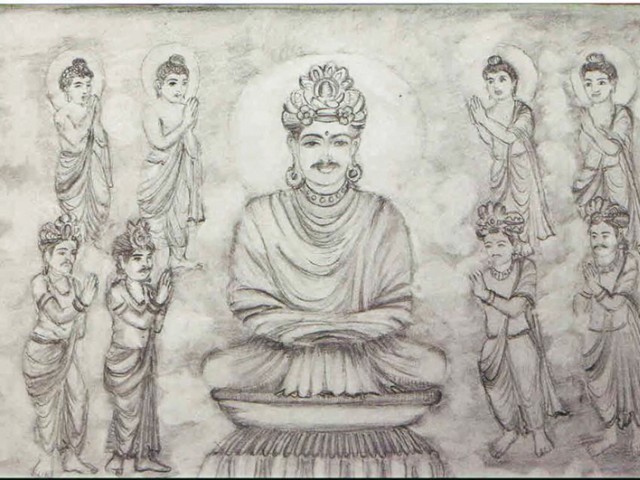 Sketches of Buddha that will go on display at PNCA. photos: express

PESHAWAR: A five-day-long exhibition displaying paintings, highlighting artworks rendered by famous artists of Khyber-Pakhtunkhwa will be organised from April 5 by the Tourism Corporation Khyber Pakhtunkhwa (TCKP) and the Pakistan National Council of Arts (PNCA) in the federal capital.

Speaking at a meeting here, provincial tourism corporation’s Managing Director Mushtaq Ahmed Khan said that the exhibition’s inaugural ceremony would be attended, among others, by Special Assistant to the Chief Minister on Tourism Abdul Munim Khan and Secretary Tourism Muhammad Tariq in addition to other dignitaries, artists and art lovers from K-P and elsewhere at PNCA.

He said the organisers had also arranged a cultural music night to entertain the visitors.

The official said that more than 200 paintings of 35 renowned artists from Khyber Pakhtunkhwa would be put on display to highlight the talent in the province at national and international level.

He said similar exhibitions would also be arranged in Lahore, Karachi and elsewhere to introduce artists of Khyber-Pakhtunkhwa.