More than half the applia­nces in your home are made in China—from the light fixtur­es to the kitche­n sink to the...
Published: May 17, 2010
Tweet Email 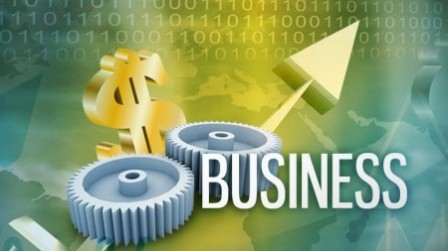 Economies of scale are highly sought after in manufacturing.

KARACHI: More than half the appliances in your home are made in China—from the light fixtures to the kitchen sink to the water pumps.

A Chinese air conditioner, by their own claims is expected to last about 5 years while it is not uncommon to find Japanese appliances or German machinery still in use 15-20 years after manufacture.

Despite the shorter life spans and frequent maintenance, there is a strong affection for Chinese goods stemming primarily due to lower upfront costs and loss aversion. Behavioural economists have long known that human beings are risk averse by nature and would rather win Rs 100,000 outright than gamble a coin toss for a 50% chance to win Rs 300,000 even though the latter is statistically more profitable of the two. The failure of a Chinese appliance or machine would hit the wallet half as much as the failure of a Japanese counterpart and buyer remorse would be worse. But the surge of Chinese goods goes beyond consumer psyche.

Economies of scale are highly sought after in manufacturing. Setting up a huge factory to manufacture large quantities typically results in lower costs per unit and provides a competitive edge. However, China has emerged with an altogether different model which encourages disposable factories. These disposable factories can cost up to a fifth of the price of an American factory. They do not carry high warehousing costs. Instead, they follow a just-in-time manufacturing model and operate under their own indigenous brand. An air-conditioner manufacturer would rather purchase from nearby factories than build its own compressors, coils, and fans. In fact, it chooses to focus on just assembly and pricing while allowing each supplier to specialise in their individual components. The same manufacturer does not have to worry about establishing a marketable brand or striving for quality assurance either—quite the contrary. The focus is almost exclusively on lower costs and higher cuts for all middle-men. Distributors and retailers would rather push Chinese products and earn more while consumers would rather pay lower prices.

The problem with all this is that the days of durable goods are fast evaporating. Given that these products have a shelf-life of 5 years, the industry can rinse and repeat every couple of years without having to worry about saturating the market for air conditioners or television sets. It is a well-kept secret that durability leads to lower turnover. Manufactures would rather have consumers replace their products every few years. The practice even has its own name: “planned obsolescence”.