Sindh, Centre in tug of war over IGP

Sindh, Centre in tug of war over IGP 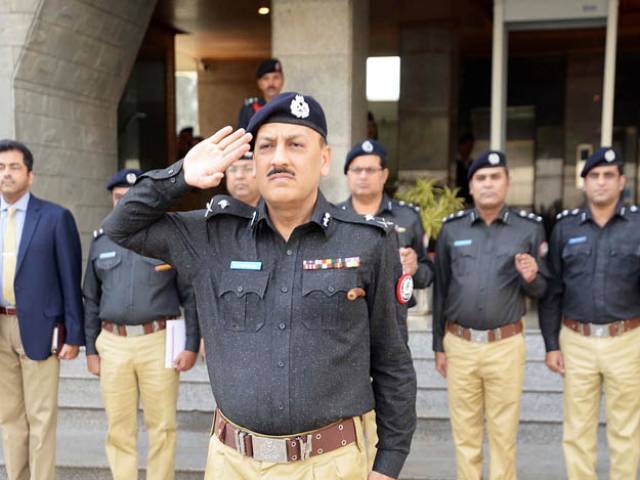 Khawaja had been appointed to coordinate with the paramilitary Rangers in eliminating terrorism from Sindh. However, the political parties of Sindh had their own reservations.

“Only the prime minister has the authority to appoint the IG of a province,” his aide Ameer Muqam told The Express Tribune. “The provincial government has removed him without any justification.”

He said it was embarrassing for the prime minister that the Sindh government was not following orders.

However, Sindh’s former information adviser Moula Bux Chandio has a different view. “After the 18th constitutional amendment, the chief minister is empowered to relieve the IG and the federal government has nothing to do with it,” he said. “The establishment division is bound to issue a notification on the recommendation of the chief minister.”

The letter by Sindh Secretary Services Sajid Jamal Abro stated, “I am directed to state that the Sindh government has decided to surrender the services of Khawaja.”

Sindh may surrender services of its top cop to Centre

Dasti is a Grade-21 officer and was earlier posted in Balochistan.

“Dasti has recently been transferred to Sindh as acting IG,” a senior official in the Sindh government said. “Since he is close to the PPP leadership, the government can appoint him as IG while Ghulam Qadir Thebo’s name is also being considered.”

Sindh’s parliamentary minister Nisar Ahmed Khuhro said the provincial government had appointed Khawaja as IG because of his good reputation. He is now being removed after the court demoted him declaring his one step promotion as illegal. “We believe in good governance and have appointed all officers on merit,” he said.

He refuted reports that Khawaja had been sent on forced leave because of an argument with PPP Co-chairman Asif Ali Zardari’s close aide Anwar Majeed.

Upon hearing about the IG’s removal, opposition parties and civil society organisations protested on Saturday demanding that the Centre intervene into the matter.

On December 19, 2016, Khawaja was sent on forced leave by the provincial government while the responsibilities of the Sindh IG were handed over to Additional IG Mushtaq Mahar.

A few days after the controversy, criticism from civil society and a stay order from court forced the Sindh government to reconsider its decision and AD Khawaja was asked to resume charge of his office.

“After a few days Khawaja resumed his office, but the provincial government has now decided to remove him,” sources said.

The PPP wanted to get rid of him due to differences on multiple issues related to recruitment, appointments, transfer and postings in the Sindh police, they said.

It will be a final showdown between the Sindh government and the Centre over the IG issue. Sources say that Khawaja has the support of the security establishment and will be reinstated.