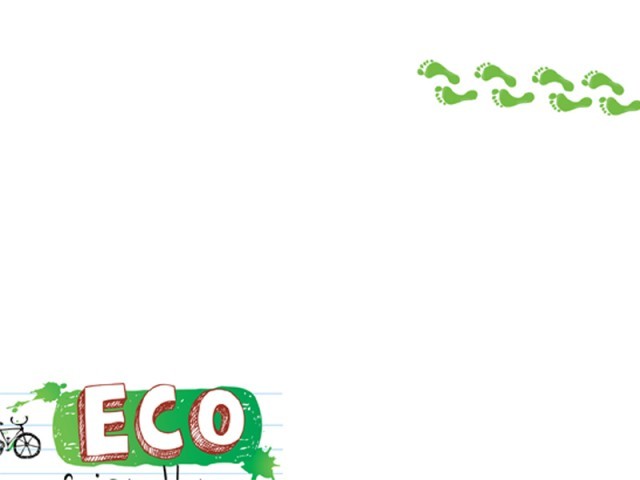 Pakistan’s biggest companies, like fertilizer giants and multi-nationals, rake up billions of rupees in profits every year. What else do they have in common? Practically none of these companies have taken steps to make their product packaging environment friendly.

Environmentally friendly solutions for product packaging are often thought to be too expensive and technologically complex. But this belief that eco-friendly alternatives are too costly couldn’t be further from the truth. Thanks to some enterprising efforts, the technology that will allow companies to turn plastics, the major component of most manufactured consumer goods and their packages, into biodegradable material is readily available in Pakistan.

One such procedure works by combining bio-degradable substances with plastic used to manufacture carrier bags during their production process. “The additive comes in the form of granules or pellets and these are used as fillers during the extrusion process,” explains Imran Rehman, Director of the K-group of Companies and self-styled champion of biodegradable plastics in Pakistan. “Inserting these pellets into the plastic can make polythene bags, plastic bottles, caps and similar materials completely biodegradable; not just in the open air and in landfills but even in water,” says Rehman. He also adds that more than 50 countries have already replaced conventional carrier bags with these “greener” alternatives.

For now this company is targeting big retail chains and the manufacturers of high-end products in an attempt to persuade them to become early adopters of environmentally friendly alternatives to plastic bags. “In a country of 180 million, where the average person consumes more than two kilograms of plastic bags in a year, it makes so much sense to limit the pollution caused by these bags,” says Rehman.

This technology was being use by businessman Omair Jaleel for some time. Jaleel owns a company that makes plastic bags, and operates its plant close to Karachi’s Port Qasim. “If a regular carrier bag costs 10 paisas to make, a biodegradable bag which will decompose within a few years will not cost more than 12 paisas,” says Jaleel. He says that by replacing less than three per cent of the contents of polythene bags with oxo-decomposable additives, “the time that these plastic bags take to completely decay can be drastically reduced whether the bags are left lying in the open air, or dumped in water”. Supporters of this technology also say that tests conducted by America’s Food and Drug Association show that the additive is safe to use with edible products and that it prevents the formation of heavy metals which can affect the land’s fertility.

However, despite having used this technology for some time, Jaleel has now given up the practice. “What happened was that other manufacturers also started printing words like ‘biodegradable’ on their carrier bags even though none of them were using any eco-friendly materials,” he claims. The business owner believes part of the problem is a lack of government regulation, something that could conceivably persuade producers to adopt greener practices.

Pakistan’s polythene scene is dominated by a handful of importers, who feed thousands of small industries that process plastic into carrier bags. “The existing lobby staunchly opposes any proposals to mandate environmentally friendly changes to their craft,” says environmental legal expert Ahmed Rafay Alam. Alam explains: “No one wants to incur higher costs by making products like carrier bags environmentally friendly unless they are forced to do so by law. However, the law is not driving manufacturers in that direction so far”. Alam highlights how, when the Lahore High Court recently took suo moto notice of pollution caused by plastic carrier bags, the government of Punjab itself stepped in to present arguments in favour of maintaining the status quo.

Meanwhile, the company that pioneered this low-cost solution in Pakistan insists there could still be a way to entice local manufacturers to adopt this eco-friendly alternative. “These additives can be used in the existing process of manufacturing… no one has to change the machinery or materials they use to make carrier bags to adopt it,” says Rehman. The company is now lobbying to get the government to help reduce the overall cost of manufacturing carrier bags so that the additional expense of biodegradable materials does not deter makers or buyers.

Still, local manufacturers remain unconvinced for the time being. Environmentalists believe that public interest is the missing link — that is, if pubic interest is aroused local businesses will be compelled to adopt more environment-friendly solutions for their products. “Actually it is the consumers that are unconcerned,” asserts Alam. “If people start taking more interest in eco-friendly packaging, their representatives in parliament will start enacting laws and regulations to mandate the use of such technologies,” he says.

In 2003 General Electric, one of the world’s leading electronics manufacturers, decided to shed its classic slogan “We bring good things to life” in favour of “Ecomagination”. When asked why the company chose to drop a slogan that had become world famous over a quarter of a century, GE chief executive Jeffrey Immelt replied, “Green is green”. The visionary leader of the company that was founded by Thomas Edison was referring to the colour of US dollars, to highlight that the future profitability and sustainability of businesses is in environmentally conscious production processes and products. It remains to be seen whether Pakistani producers and lawmakers will see the light soon too.