PML-Q leader arrest­ed with 700 lady health worker­s who were demand­ing the regula­risati­on of their jobs.
By Sarfaraz Memon
Published: March 25, 2011
Tweet Email 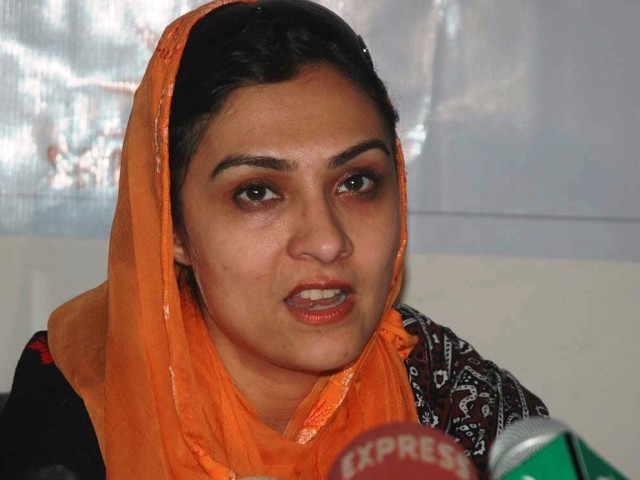 The Ghotki police booked 700 people and arrested 100 others under the Anti-Terrorism Act after the sit-in by Lady Health Workers (LHW) at National Highway on Wednesday. They were accused of blocking the road near Kamoon Shaheed at the Sindh-Punjab border, Ubauro, on Wednesday.

Led by Bushra Arain, hundreds of women began a sit-in in the early hours of Wednesday and suspended traffic between Sindh and Punjab for over 21 hours. The protest was joined by Marvi Memon and Sorath Thebo.

At night, the police baton charged the gathering and pelted them with teargas shells, leaving many people, including Arain, injured.

Ghotki Investigation SP Yar Mohammad Rind refused to disclose names, but confirmed that at least 30 people were arrested after the attack.

Later, Arain refused to answer her mobile phone. An unidentified woman who took the call told The Express Tribune what had happened, explaining that she was afraid of speaking to anyone. In a revelation unsupported by other sources, she told that, during the baton charge, people dressed in regular clothes took Arain and Memon away with them and they have not been located since. However, it is believed that the women have simply gone into hiding.

Contract employment: ‘Senior officers should not be offered extension’