Girls’ schools in ICT rural areas to get computer labs

Girls’ schools in ICT rural areas to get computer labs 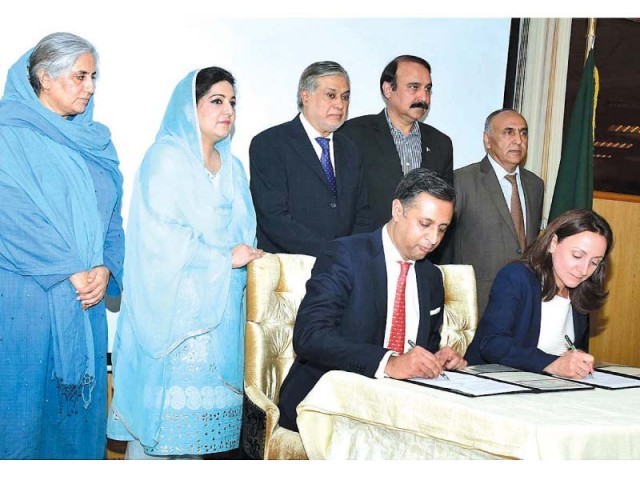 ISLAMABAD: The Ministry of Information Technology and Telecom (MoITT) and Capital Administration and Development Division (CADD) signed an agreement on Thursday to establish computer labs at girls’ schools in rural areas of the Islamabad Capital Territory (ICT).

Meanwhile, another MoU was signed between the Universal Service Fund (USF), MoITT, Federal Directorate of Education (FDE) and Microsoft to train over 90 teachers by for these computer labs.

Under the project, USF would also appoint teachers for these labs.

Moreover, ICT facilities and trained human resource would be provided to selected girls’ schools at the primary, middle and secondary level in rural areas of Islamabad, in addition to operational and maintenance support for a period of three years.

Apart from teaching the girls to operate computers, the project aims to teach students at these schools coding skills and develop their aptitude for IT related careers.

Dar, while welcoming the project, said that the world will become increasingly IT-driven in the years to come and the government was focused on taking measures to equip the youth for this transformation.

He also emphasised that projects such as these would enable the self-sustainability and self-dependency of women in the country.

“ICT is the lever of economic progress. We are using this lever to empower the girls from the marginalised sections of society,” she said.

“Through this initiative, we aim to help approximately 33,000 girls’ students, enrolled in these institutions, by making them computer literate and bringing them at par with students elsewhere in the world. She said that this programme for girls would help reduce the gender disparity at large.”

Chaudhry hoped that the project will help in bridging the IT and education gap between the urban and rural areas of Pakistan.